Jimmie Johnson Will Retire From NASCAR After 2020

By Manly Bryant on November 20, 2019
Advertisement 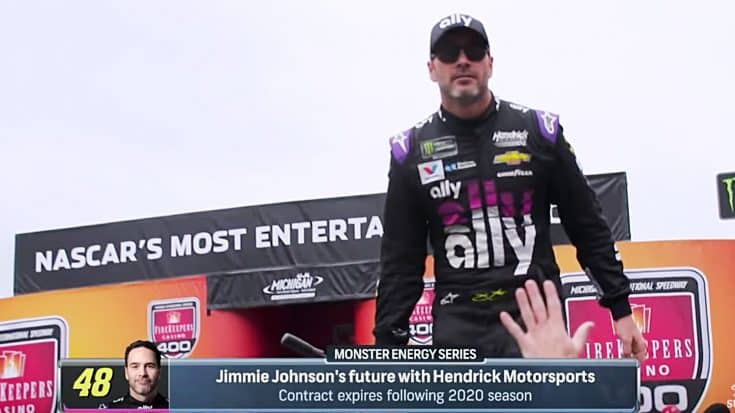 Seven-time championship NASCAR driver Jimmie Johnson has officially announced he will be stepping out of racing with the conclusion of the 2020 Cup Series season.

Johnson made the announcement earlier today, November 20th, 2019 with a video shared to social media and an official statement included within.

“I am so thankful for 18 incredible years of racing in NASCAR. This sport has been good to me and allowed me to do something I truly love. I showed up chasing a dream and achieved more than I thought possible. I am looking forward to next season and celebrating what will be my last year as a full-time Cup driver. I know what this team is capable of and I hope 2020 is one of the best yet.”

The #48 driver is ranked among the all-time NASCAR winner’s list and sits at sixth place in a tie with Cale Yarborough. In the last decade and a half, Johnson has earned his seven championship wins, with the most recent in 2017.

Earlier in the year, Johnson touched on the possibility of retirement, saying “I get to say when I’m done.”

On Thursday, November 21st, 2019, Johnson will hold a joint press conference with his team Hendrick Motorsports to address his impending retirement and his decision.