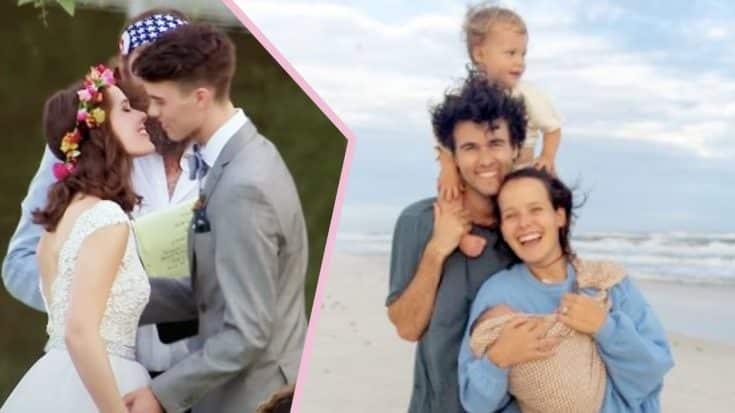 It seems like it was only yesterday when Willie and Korie Robertson‘s oldest child, son John Luke, married Mary Kate McEacharn. So you may find it hard to believe they’ve been married for six years now!

The couple’s June 27, 2015 wedding was filmed for a special episode of Duck Dynasty that aired during Season 8.

A lot has changed for the couple over the course of the past six years. They both graduated college, John Luke now serves as the Executive Director of a Christian camp in Louisiana, and he and Mary Kate now own two coffee shops and a roaster.

On top of all of that, John Luke and Mary Kate have two children. They welcomed their son, John Shepherd, on October 14, 2019. Their daughter, Ella Kathryn, was born earlier this year, on April 8.

In other words, the couple’s hearts (and hands!) were full as they celebrated their sixth anniversary this year.

John Luke isn’t that active on social media, and is currently busy running the camp he directs. So he didn’t post anything about his anniversary.

But Mary Kate did put up a quick post, which includes two photos of her and John Luke. “yesterday marked 6 years together! love you JL,” Mary Kate captioned the two sweet snapshots.

John Luke’s mom, Korie, also wrote a little something to recognize her son and daughter-in-law’s anniversary. She showed how far they’ve come through the years by sharing some of their wedding photos alongside pictures of them and their kids in more modern times.

“I love you two and the little fam you are creating,” Korie wrote. “What a beautiful dream.”

You can read Korie’s full note and look through the pictures she shared below.

We hope John Luke and Mary Kate had the happiest anniversary! Their little family is so beautiful.