John McCain, Senator And War Hero, Has Died At 81 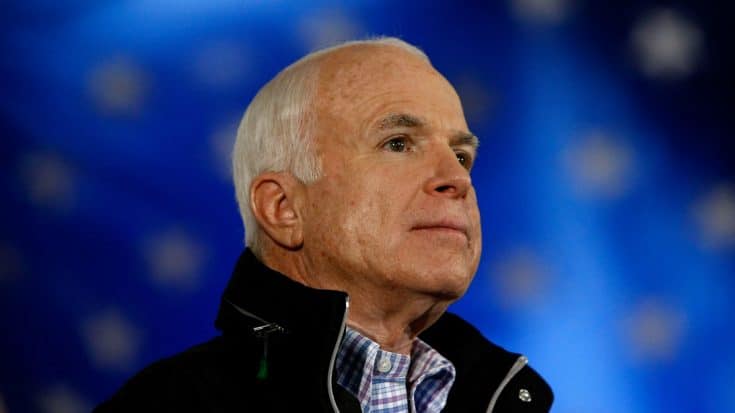 Advertisement
Arizona Senator John McCain has died after a courageous battle with brain cancer. He was 81.

McCain was first diagnosed with brain cancer in July 2017 after a routine exam revealed a blood clot over his left eye. During surgery to remove the blood clot, doctors found an aggressive tumor called glioblastoma.

Despite his diagnosis, the Republican Senator continued his work in the Senate, where one of his most notable and final moves was to help derail the Republicans effort to repeal Obamacare.

John McCain was born on August 29, 1936, at a U.S. air base in the Panama Canal Zone. McCain followed in the footsteps of his father and grandfather and joined the Navy where he served as a fighter pilot and served aboard several aircraft carriers in the 1960s. In October 1967, McCain’s plan was shot down while he was flying over Hanoi in Northern Vietnam on a bombing mission. He was held captive for five and a half years. During his imprisonment, he was subject to interrogations and repeated beatings.

After his release in 1973, McCain became the Navy’s liaison to the Senate and later ran for a seat in the U.S. House of Representatives, a seat that he won in 1982. Four years later, McCain was elected to the Senate where he served six terms.

In 1999, John McCain ran for president, but lost to George W. Bush. He ran again in 2008 and won the Republican nomination, but ultimately lost the presidential race to Barack Obama.

My heart is broken. I am so lucky to have lived the adventure of loving this incredible man for 38 years. He passed the way he lived, on his own terms, surrounded by the people he loved, in the the place he loved best.

Senator John McCain is survived by his wife of 28 years, Cindy, seven children, and five grandchildren.