By Jennifer Pernicano on November 30, 2018
Advertisement 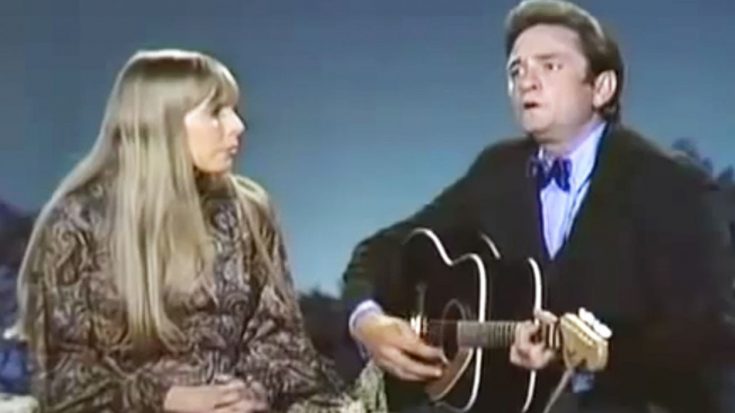 Legend Johnny Cash had fans overloaded with emotions when he teamed up with fellow star Joni Mitchell for a jaw-dropping performance that left viewers speechless.

Together For A One-Of-A-Kind Performance

Cash graced the stage of his own show sitting beside the wonderfully talented Mitchell. Sitting amongst props that represented a forest, the two singers gave an echoing duet that deeply resonated with viewers.

Cash sang, “Ten years ago, on a cold dark night/ Someone was killed, ‘neath the town hall light/ There were few at the scene, but they all agreed/ That the slayer who ran, looked a lot like me.”

Mitchell echoed the singer’s lyrics throughout the mesmerizing chorus, lending her stunning talent to their emotionally charged duet.

Cash first performed the crippling ballad on the debut episode of The Johnny Cash Show beside Mitchell, becoming an instant hit with his fans and viewers. Originally recorded by Lefty Frizzell in 1959, it has been covered by numerous artists throughout its lifetime.

Be sure to check out this incredible performance below.