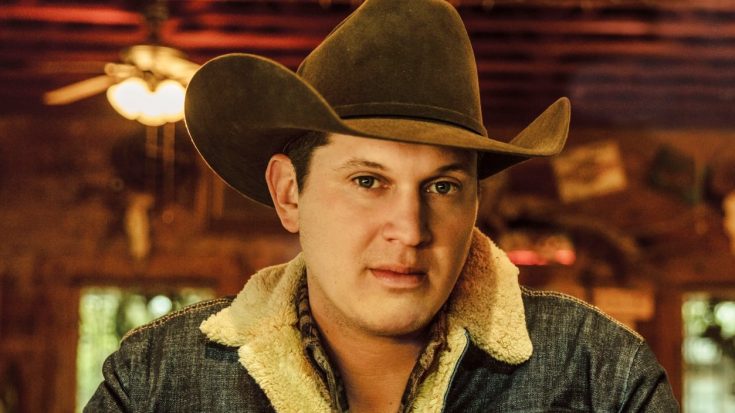 Jon Pardi is feeling down in the dumps after doctor’s orders have forced him to cancel or postpone all of his performances for the remainder of June.

News of Pardi’s shows being canceled and/or postponed began to spread on Saturday, June 12. Two venues where he was supposed to perform, the Tuscaloosa Amphitheater and the Wharf, shared the news that Pardi’s concerts at those respective venues have been canceled.

The venues cited Pardi’s “being placed on vocal rest” as the reason for the cancelations.

Pardi was also supposed to be one of the headlining performers at the Lakes Jam festival on June 25, but had to cancel on them as well. Big & Rich stepped up to fill his slot in the lineup.

Like the previous venues, the organizers behind Lakes Jam said the reason for the cancelation was due to Pardi being on vocal rest. “Lakes Jam wishes Jon a speedy recovery and we’ll all be raising a glass in his honor, in late June,” the festival’s General Manager Ken Lacy told the Brainerd Dispatch in an email.

Pardi himself addressed the cancelations in a post he shared on social media on Wednesday (June 16). He confirmed the doctor had ordered him to go on vocal rest, which he wasn’t too happy about.

“For the first time in my life I have been ordered by the doctor to go on vocal rest and it is NOT EASY!!!” he said.

Even though the venues Pardi was supposed to perform at said his shows were “canceled,” he promised they “will be rescheduled.”

“All shows through End of June will be rescheduled,” he said. “We really appreciate the support and understanding. I promise to do my part and stay as healthy as possible to continue singing and performing. Sorry for the inconvenience. See you in July!“

If Pardi is feeling better in a few weeks, his first show back will be on July 1 at the Choctaw Grand Theater in Durant, Oklahoma. Fingers crossed he’ll be well enough to make that show!