By Manly Bryant on August 24, 2020
Advertisement 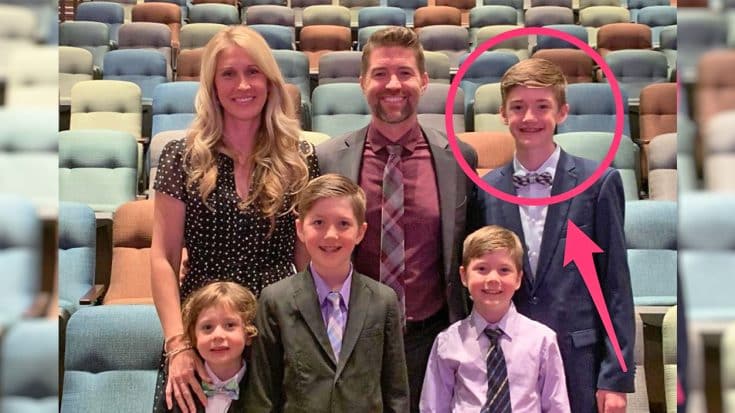 Josh Turner’s son Hampton is proving to be somewhat of a musical prodigy. The 13-year-old is the eldest of Turner’s sons and is already leaving his mark in the music industry.

Hampton, along with Turner’s wife, Jennifer, co-wrote a song called “The River (Of Happiness)” which was featured on Turner’s gospel album I Serve a Savior.

However, Hampton’s musical preference goes in a slightly different direction, and into a genre that you wouldn’t expect from the son of a country star.

As it turns out, Hampton loves jazz music and according to Turner, he’s pretty good at it. When asked about it during an interview with Taste of Country, Turner shared his thoughts:

“I wouldn’t put it past him, he likes jazz and can actually play a lot of it, which is impressive. (Jazz music) is something I have always appreciated but never totally got into. If I’m on a plane somewhere, and I’m just wanting to kind of create a mood or needing to listen to something real quietly while I’m reading a book or whatever, I will put on Miles Davis or whatever, but that’s about the extent of it. But (Hampton) is crazy about it. He loves Wes Montgomery and George Benson and all these guys like John Coltrane.”

Watch the video below to hear the title track to Turner’s new album.