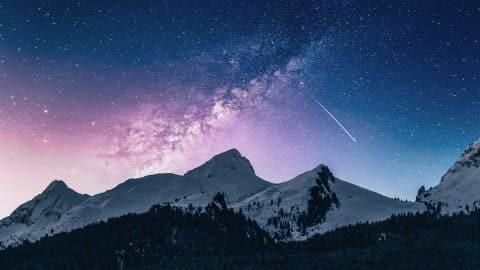 There will be three unique astronomical events happening in the skies during the month of July and each one has astronomy fans excited. The first event is a lunar eclipse, followed by Jupiter and Saturn reaching the closest spot to Earth during their orbit, and finally, two meteor showers.

On July 4, 2020, stargazers can expect to see a penumbral lunar eclipse, which is when the moon passes through the outer edge of the Earth’s shadow.

According to AccuWeather.com, Jupiter and Saturn, which are the two biggest planets in the solar system, will light up the night sky as the planets shine brighter than they will throughout the rest of the year.  Around the middle of the month, both planets will reach opposition or the point in their orbits when they are closest to Earth. Jupiter will reach opposition first on July 14, followed by Saturn a few nights later on July 20. Viewers will be able to see both planets without the aide of a telescope.

The final astronomical event of July will feature a pair meteor showers that will appear July 28, 2020 into July 29, 2020. The two separate meteor showers are the Alpha Capricornids and the southern Delta Aquarids. The reason they are separate is because they originated from different comets. Even though they’re separate, both will peak on the same night and are expected to appear multi-colored. The colors are caused by the different elements that make up the meteor. The last time that a moderate meteor shower took place was in early May.

For a complete list of astronomical events happening July 2020, watch the video below.