By Manly Bryant on March 12, 2019
Advertisement 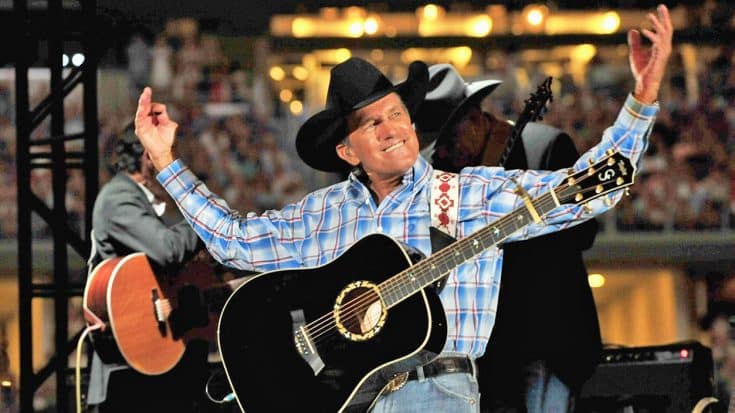 The King is back, baby! Just when you thought it was over for traditional country music, George Strait swooped in to reclaim his throne – proving yet again who runs the genre. With Strait back in the hot seat, new music and performances are popping up left and right.

Who’s ready for RODEOHOUSTON? We’re playing NRG Stadium on March 17 for our only Texas performance in 2019. Get all the info here: http://smarturl.it/RH_Announce

The Academy of Country Music has announced that in honor of their 54th annual Award show, country music royalty will be taking the stage. The awards show which takes place in Las Vegas on April 7 will be giving out some of the year’s biggest wins. In addition to a killer list of nominees, a series of country stars will be performing.

Performances will include, Brothers Osborne, Jason Aldean, Kane Brown, Miranda Lambert, Little Big Town, Reba McEntire, Maren Morris, Thomas Rhett, and Chris Stapleton. Rumor on the street has it that more performers are still yet to come. Nonetheless, fans are losing it over the fact that The King of Country will be performing.

The King Is Back

Strait shocked the country music world when he revealed a new album was coming in the Spring of 2019. His new album, Honky Tonk Time Machine would soon be the record that fans had been waiting for. Thankfully, we didn’t have to wait too long before Strait dropped his first song.

New music from George Strait is coming March 29th! Pre-order a digital copy of HONKY TONK TIME MACHINE and get three new tunes, "Código" + "God and Country Music" + "Every Little Honky Tonk Bar" instantly! [Link in Bio] . George and his band cut their teeth playing at the Broken Spoke, on any given night at the Texas honky tonk you could hear early hits like 'Amarillo By Morning' and 'Unwound'. This year the legendary Austin dancehall turns 55, and is also on the cover of George's new album! #GeorgeStrait #GodAndCountryMusic #CountryMusic #KingGeorge #HonkyTonkTimeMachine #BrokenSpoke

Since his announcement, Strait has given us a series of twangy country hits. From his tequila anthem “Codigo” to “God and Country Music” featuring his grandson, Harvey, fans can expect one hell of an album. His latest released track, “Every Little Honky Tonk Bar” will take you back to the good ole days.

With Honky Tonk Time Machine dropping a week before the ACMs we cannot wait to see what the King has up his sleeve for his performance.