By Manly Bryant on January 28, 2019
Advertisement 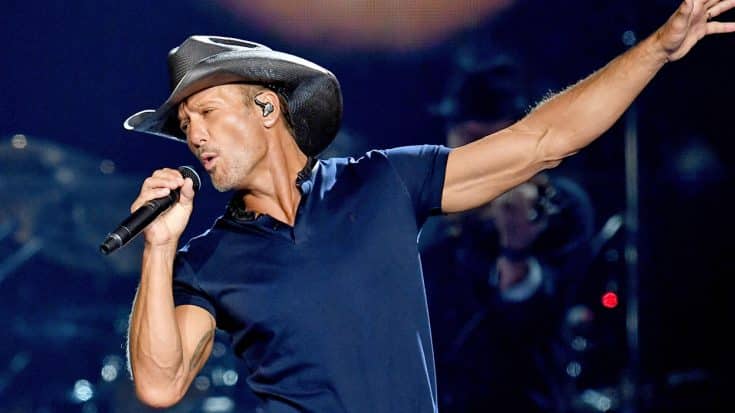 Every year two teams go head to head to win the ultimate title of Super Bowl champions. As America divides in two for the biggest game of the year, one thing brings them together: a little tailgate fun. And no one can do it better than Nashville’s heartthrob, Tim McGraw.

As fans gear up for Sunday’s big game, McGraw is preparing one fired-up show for the pre-party. The NFL just announced that McGraw will be headling the Super Bowl LIII pregame. This Sunday, Feb. 3 McGraw will take over the stage before the big kickoff with promises to perform his newest single, “Thought About You.”

McGraw will be joined by Aloe Blacc at the NFL tailgate party, who will be performing earlier in the day. The star-studded Super Bowl weekend is welcoming a series of R&B artists as well.

This won’t be McGraw’s first time being part of the Super Bowl festivities as he performed at the 2010 Super Bowl as well. Nonetheless,  there’s no question that he’s excited. The singer even uploaded an old-school photo of himself from his high school football days.

Although McGraw hasn’t revealed which team he’s rooting for, fans from both teams are anticipating one phenomenal pre-game performance.

In case you forgot, McGraw has one football-loving family! In 2000, Faith Hill served one killer National Anthem for the Super Bowl XXXIV. Her breathtaking performance earned her another spot nine years later at the Super Bowl XLIII where she sang “America The Beautiful.”

Tim McGraw and Faith Hill on the field at Super Bowl XLIII in Tampa, Fla.,

Leave it up to these two powerhouses to continue to bring all the fire to the Super Bowl year after year!