By Manly Bryant on February 27, 2019
Advertisement 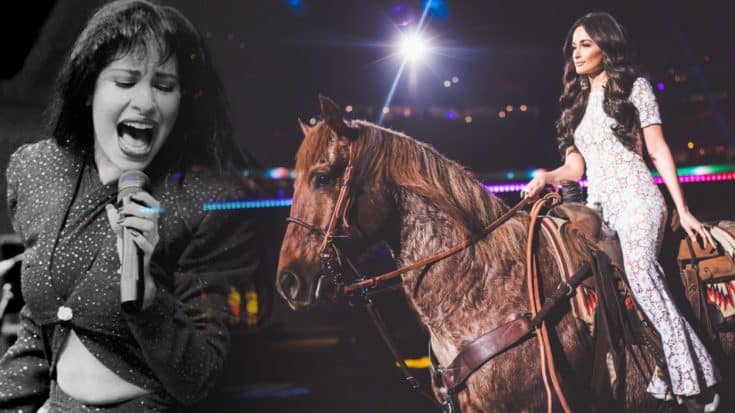 This country music songstress has long held this Tejano and pop icon in high regard – and when she got the opportunity to sing at the Houston Rodeo just this last weekend, she made sure to pay tribute in a way only she could.

Kacey Musgraves has been known to honor some of her great musical influences and her appearance at the 2019 Houston Rodeo brought with it a very special cover of Selena Quintanilla’s beloved hit song “Como La Flor” – and folks can’t get enough of it!

Almost exactly 24 years following Selena’s final Houston concert, Musgraves pulled out all the stops for a performance that paid homage to this treasured musical icon whose life was taken far too soon.

“ANYTHING FOR SELENAAAAAS and nothing but RESPECT,” Musgraves captioned a video of her performance. “My tribute last night, the day before the 24th anniversary of her final concert in Houston. #VivaSelena.”

The Grammy-winning country star was proud to take the stage in her home state and honor Selena with this truly beautiful cover of Selena’s 1992 hit.

The performance has garnered a lot of attention on social media and even saw the late singer’s sister, Suzette Quintanilla, thank Musgraves for the special honor along with a great amount of praise from folks all over the music industry.

Quintanilla’s song, “Como La Flor” was often called her signature song and means “Like the Flower” in English. Released in the fall of 1992, the song soared to the top of Billboard’s Latin charts and has since sold millions of copies – being certified 9X Platinum.

Watch Kacey Musgrave’s stunning tribute to a singer whose music meant a great deal to her below and tell us your thoughts in the comments.