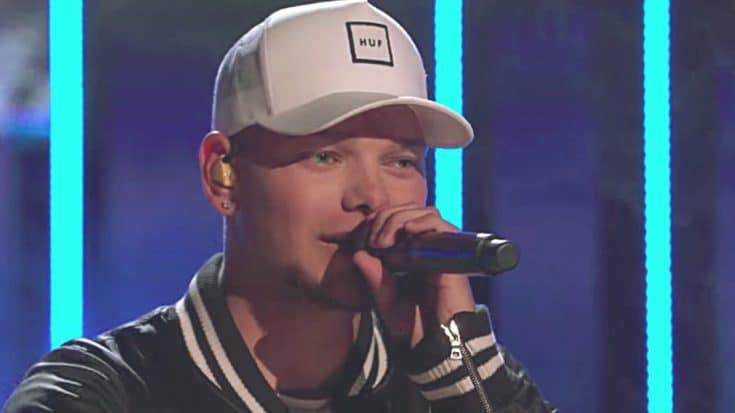 Kane Brown In “Heaven” After Scoring #1

On Tuesday (May 15), it was revealed that Kane Brown scored his first-ever solo number one hit with his current single, “Heaven.” As Billboard reports, the data shows that the song has topped the Country Airplay chart, while it still sits at the second spot on the Hot Country Songs chart:

“I think we always knew something about this song [“Heaven”] was special, especially hearing the fan reaction when we play it live, but to have it go to No. 1 means so much,” Brown said in an interview with Billboard. “This means the world to me.”

“Heaven” was a song that Brown felt a draw to from the moment he heard it. Written by Blake Anthony Carter, Matthew McGinn, and Lindsay Rimes, the song immediately reminded Brown of his fiancée. Feeling it was the perfect fit for him, Brown decided to record the song.

Taking “Heaven” To The Voice

You now know how that Brown’s decision paid off. He was clearly spot-on with his thought that “Heaven” was a good song for him.

The song has obviously drawn a great deal of attention since its release, due in large part to its subtly sensual nature. Brown fully embraces this feeling through his performance of the song, which has surely left a few country girls feeling a bit faint.

Appropriately, Brown was scheduled to perform “Heaven” on The Voice the same day that it finally hit number one on the Country Airplay chart. In celebration of the occasion, he ended up delivering a performance that was just as passionate as ever.

In the music video for “Heaven,” Brown stands in an empty room with twinkling lights all around him. He embraced that same simple vibe for his Voice performance, singing on a dimly lit stage with only a few neon lights.

The simple stage setting allowed everyone watching to zero in on Brown and his voice. The crowd remained silent as they watched him perform, completely spellbound by what they were witnessing.

As always, Brown also managed to perfectly capture the song’s sultry nature without going over the top. Because of this, we’re sure he got a few hearts pounding with his performance!

Brown’s performance earned a wealth of praise from viewers, with some taking to its official YouTube video to comment on it. One person noted how they had never heard Brown before, but now consider themselves a fan.

Another mentioned how good he sounds singing live. The viewer pointed out that some artists are overly auto-tuned on recordings and then don’t sound as good in a live setting. But according to them, that’s not the case with Brown!

Now you can see the Voice performance everyone is raving about by watching Brown sing “Heaven” below.