By Manly Bryant on January 31, 2019
Advertisement 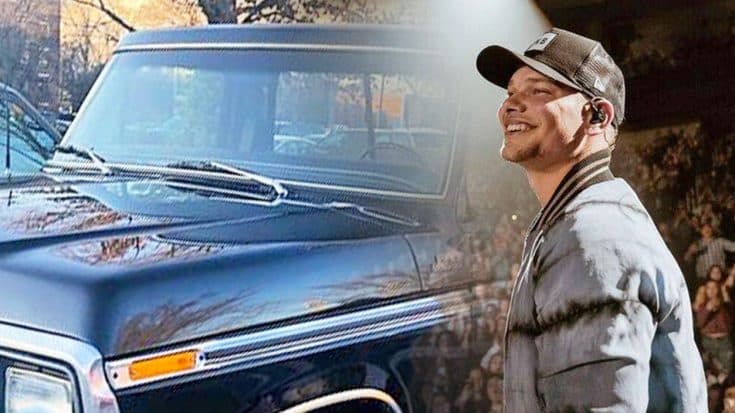 There is no question that country singer Kane Brown has a thing for souped-up cars. When he decked out his massive monster truck in October of last year, he didn’t miss a single detail. Now, Kane is trading in his high-rise blacked-out truck for something a little simpler.

LISTEN for the debut of Kane Brown's new single "Lose It" this week on 104.3

Kane got a good taste of just how much fun it can be to make your dream car come to life. Just a couple months back, he took his Ford Super Duty and made it the freshest truck across Nashville. With a custom illuminated emblem on the grille to 42-inch gold wheels, the “Heaven” singer wasn’t messing around. Only a couple months after receiving his “dream truck,” Kane bought a new car to toy to play with.

Kane took to Instagram to show off his newest baby: a 1978 f150. The old-school truck sits much lower and smaller than his beloved monster truck. With just a few front seat spots and plenty of trunk room, the singer is planning on making it “fire.” The old-fashioned Ford is quite the beauty and Kane even bragged about one of his favorite parts.

Looks like the weather isn’t fazing this country star!

Kane posted to his Instagram story giving fans a glimpse into his plans for his latest purchase.

“Bought a new toy… hopefully can get it built before Daytona.”

Originally, he had his monster truck built to bring to the Daytona Truck Meet in June 2019, but looks like he might have a change of plans! We can’t wait to see what he does with his vintage Ford.