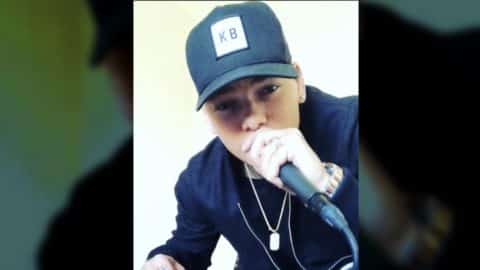 Some people go do karaoke for the love of singing, some do it for fun, but for Kane Brown, his reason for this impromptu karaoke session was that he was home alone and hyper!

While on a short break from his 2019 headlining Live Forever Tour, Brown was relaxing at home when he just couldn’t help but pull out his microphone and sing one of his favorite songs from an iconic singer.

So freaking pumped for 2019 it’s gonna be a big year with some sick artist @grangersmith @raelynnofficial @daniellebradbery @jimmieallen so make sure u grab some tickets 🔥 I’ll post the link to tickets and dates in my story or visit kanebrownmusic.com 😎 see y’all there!!!!!

This isn’t the first time Brown has covered a legendary singer. Just after the new year, he sang Michael Jackson’s “The Way You Make Me Feel” for his almost two million followers.

Haven’t posted one in a while…. this song was just stuck In my head this morning

“Hoochie Coochie Man” by Muddy Waters, who is widely considered the father of modern Chicago blues, was Brown’s choice for a karaoke song on in February 2019.

Sitting in front of the camera, Brown sang each lyric, and shimmied his shoulders or moved his head to the beat during each music break.

Watch his home karaoke version of “Hoochie Coochie Man” in the video below.

When you’re home alone and hyper 😎😂