By Jennifer Pernicano on June 27, 2018
Advertisement 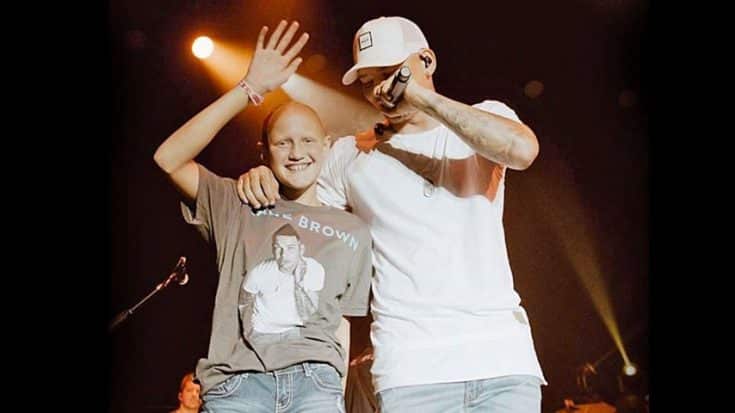 It was a moment neither of them will ever forget.

Kane Brown pulled starstruck 11-year-old Maliya Carlson of Urbandale, Iowa onto his stage during his appearance at the Big Country Bash in nearby St. Charles in 2018.

Absolutely made my year thank you cutie ❤️ pic.twitter.com/ZoQGg8jdLd

Brown said he noticed her in the audience and decided to invite her on stage to dance. Meliya, who is bald, battles Alopecia, an autoimmune disease causing hair loss.

The young fan said she was scared at first because she didn’t like getting up in front of a bunch of people, about 7,000 people to be exact. But, Meliya added, once she got on stage it was fun.

The duo treated the crowd to an impromptu dance during “Weekend,” an at-the-time unreleased song from his upcoming album Experiment.

Meliya’s stage fright was short-lived. A few beats into the song, it was if she’d been on stage with Kane a million times before.

For the young lady from Iowa, this was a once-in-a-lifetime moment. Based on Kane’s comment, it was pretty special for him, too. For a country singer who says he wants to be a role model for those who are bullied and in any way different.

Brown told Sounds Like Nashville he knows all too well what “being different” can be like. He’s lived it all his life, now he wants to show others, it’s okay. “Be who you are. Don’t let anyone or anything hold you back.”

Fans of Brown will remember that he first previewed the song back in February 2018, before including it in his live shows, and eventually, his album!