By Manly Bryant on March 5, 2019
Advertisement 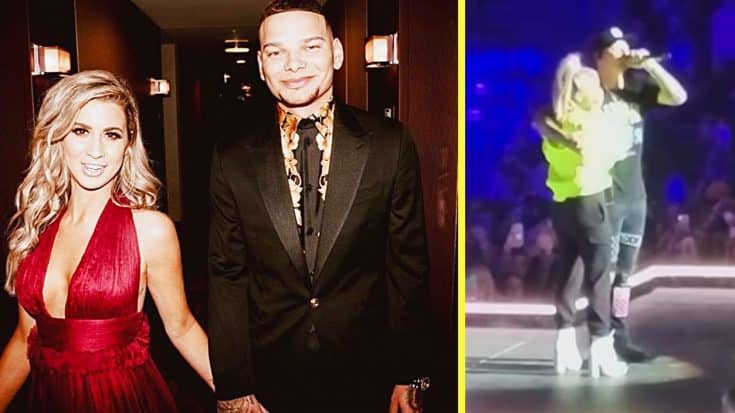 This young country buck and his stunning wife are both known for their ability to belt out some serious notes and in this rare one-of-a-kind performance, she came out from backstage for him to sing a sweet love song to her!

Kane Brown, who initially got his start posting videos of him singing classic country songs to his social media accounts, has become one of the hottest stars in country music today and his wife – Katelyn Jae – is also incredibly talented.

They’ve posted videos in the past of them singing together and separately, and while he’s playing stadiums across the world, she usually keeps a much lower profile. It appears that this time was an exception.

During a tour stop in Bossier City, Louisiana on March 3rd, 2019, Brown was mid-song when his stunning wife walked out in some tall white elevator shoes and a neon hoodie before hugging her hubby around the waist as she joined him at the front of the stage.

This pair of talented young singers have been married for just under a year, but dated for quite some time beforehand. The song he was singing when she walked out, “Heaven,” was an ode to his beautiful wife and one that really speaks to a lover’s soul.

If this doesn’t show you an example of true love, we don’t know what does!

Watch Katelyn Jae join her hubby on stage during his sweet performance of “Heaven” in the video below.