By Manly Bryant on November 1, 2019
Advertisement 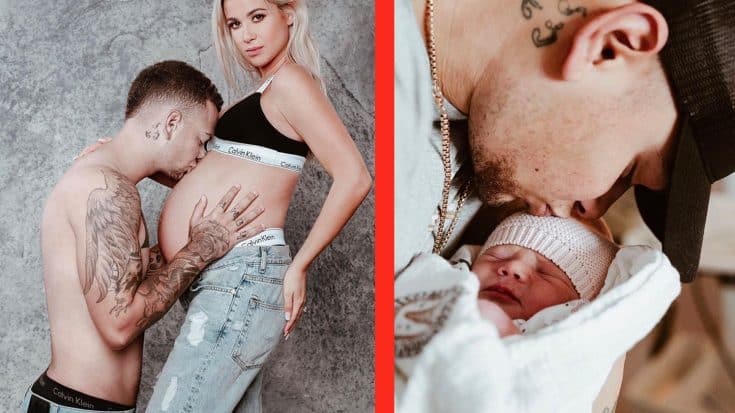 Just days after welcoming their first child into the world, modern country star Kane Brown and his wife Katelyn Jae shared a series of photographs on social media celebrating the blessing they had been given.

Kinglsey Rose was born on October 29th, 2019 and was welcomed into the world with open arms by her loving parents who had waited for this day for such a long time.

Just after her birth, Kane released a song in honor of his baby girl called “For My Daughter” that promises to be the dad to her – that he never had.

For my daughter is out now ❤️ go listen!!

The song was written shortly after the couple found out they were expecting, and to follow up on the release of it – Kane shared a sweet photo of him giving Kingsley a kiss on the forehead.

Similar to his song, Kane captioned the photo with a statement about making sure that his daughter grew up with a proper father which was something he never got to have.

“I grew up without a dad so I’m gonna be the best one I can be! Love you baby girl ❤️”

See the full post below and watch his video for the new song “For My Daughter.”

I grew up without a dad so I’m gonna be the best one I can be! Love you baby girl ❤️