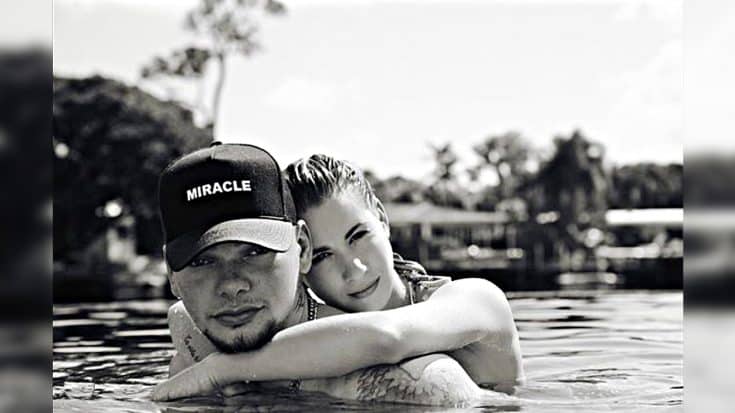 In a recent post to Twitter, Kane Brown got fans excited over the possibility of a collaboration between him and his wife Katelyn.

One fan speculated that Kane was sneakily hinting that they have another baby on the way! Kane laughed it off and quickly put that rumor to rest.

Kane recently shared their love story in an interview with Radio.com revealing that he was originally supposed to be in one of Katelyn’s music videos because she was also an up-and-coming musician. Unfortunately, he wasn’t able to make it due to him booking his first-ever show.

A year later, a mutual friend “basically forced” Katelyn to come to his show where they barely talked. However, Kane thought she was adorable and couldn’t take his eyes off her all night. The next day he asked her to come to Nashville and flew her out. They really hit it off, and the rest is history!

This is perfect, come kiss me one more time

Kane announced the two were engaged in April 2017, and they tied the knot in October 2018.

On April 15, 2019, Kane announced they were expecting a little one, and he was thrilled to be a dad!

Kingsley Rose made her debut on October 29, 2019, and the couple was over-the-moon about her arrival.

Ever since the adorable couple posted a video of the two of them singing a song together, Kane’s fans have been begging for them to collaborate on a song together.

In the video they performed Julia Michael’s Grammy-nominated song “Issues,” the then-engaged couple lovingly looked at each other while singing the song’s lyrics. The amazing duet was going incredibly well until their bulldog Rambo decided he wanted to be a part of the video. The two giggled as you could hear Rambo fumbling around below them, out of sight from the camera. At the end of the song, Kane lifted Rambo up so he was in the camera’s view as he and Katelyn laughed.

We can’t wait to hear Kane’s and Katelyn’s Collaboration on a song! Keeping our fingers crossed!

Watch how great the couple sound together in the video below!