By Miranda Raye on March 17, 2020
Advertisement 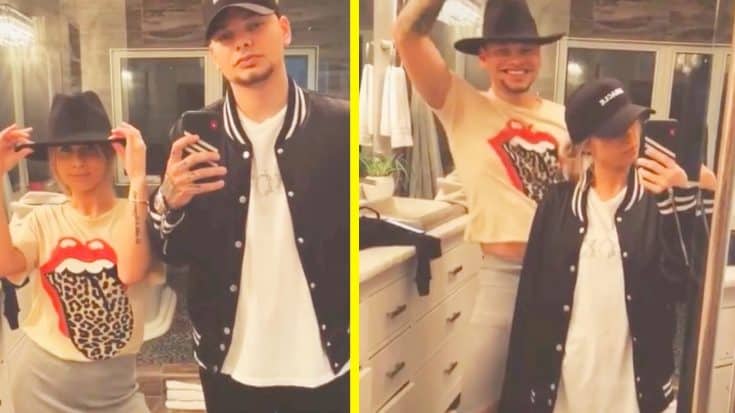 In March 2020, there was a challenge going around on social media that got some of the world’s biggest stars involved.

Called the “Flip the Switch” challenge, the internet craze originated on TikTok. The platform, which allows users to share short, 15-second clips, is perfect for these types of challenges.

The premise of the challenge is this:

The resulting videos were often hilarious. Celebrities such as Jennifer Lopez and Alex Rodriguez (who were engaged but have since split) as well as TODAY‘s Hoda Kotb and Savannah Guthrie offered up their own renditions of the challenge.

Always up for the challenge #fliptheswitch

After seeing others participate in the challenge, country singer Kane Brown and his wife, Katelyn, decided to create their own version. And the result is hysterical!

The video opens with Kane standing still while Katelyn dances by his side. She was wearing a bodycon skirt, a cropped Rolling Stones t-shirt, and a wide-brimmed hat.

Anyone who already knew the premise of the challenge was surely waiting to see what Kane would look like in Katelyn’s attire. They didn’t have to wait for long, because once they flipped the switch, Kane appeared behind Katelyn in her outfit. Kane danced behind his wife, who was then wearing his baggy jacket and cap.

It’s clear these two had a fun time filming their “Flip the Switch” video. Check it out below for a good laugh!

??‍♂️ she wants to get on this TikTok thing since we are quarantined ?