By Miranda Raye on May 2, 2019
Advertisement 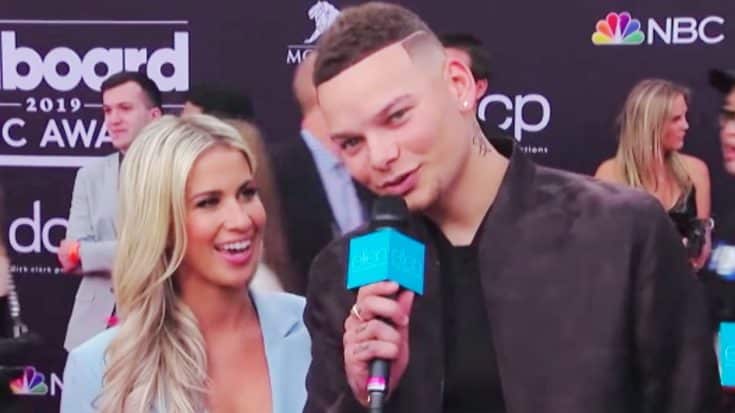 Shot my whole wedding for a music video!!!! Song comes out tonight called good as you and video tomorrow!! Retweet ? pic.twitter.com/F925q88oBn

At the time, the couple felt that they would wait a while before starting a family. But they seemed to have changed their minds, because just six months after marrying they announced they were expecting their first child!

Kane shared the happy news on social media, posting a photo of the baby’s sonogram along with an excited message.

Just ten days before the announcement, Kane and Katelyn walked the red carpet together at the ACM Awards, where Kane was a performer and nominee. No one ever suspected that Katelyn was expecting, as her elegant black gown didn’t show any signs of a baby bump.

Red carpet!!! ? my best friend/wife I could ever ask for!!! pic.twitter.com/BTssGsp37R

We’re sure it must have been so hard for the couple to keep the happy news to themselves as they walked the red carpet with their friends and Kane’s fellow artists!

Kane and Katelyn didn’t walk another red carpet until nearly a month after sharing their pregnancy news. They finally made their first post-pregnancy announcement appearance on Wednesday night (May 1) at the Billboard Music Awards.

Though if you didn’t already know that Katelyn was expecting, you’d never guess it. She has just a tiny bump right now, and even chose to wear a midriff-bearing ensemble to the event. You can say she was glowing!

?: @thegreatkhalid with @kanebrown and Katelyn Jae at the #BBMAs pic.twitter.com/LxV1FaTt0K

While walking the red carpet, the couple also shared some exciting news related to Katelyn’s pregnancy. They found out the baby’s gender, and wanted to tell the world that they’re expecting a baby girl!

“I’m prepared,” Kane said. “I’m not going to let the baby go — I’m going to hold on to [her] the whole time. I might be carrying the baby down the carpet with me next!”

As Kane proved with his first music video for “Good as You,” he loves to get his loved ones involved in celebrating his music and career.

That music video features footage from his fall wedding to Katelyn, and is as gorgeous as can be. If you’ve never seen it before, be sure to check it out below.

Based on what Kane said about never wanting to part with his baby girl, we have a feeling she will someday be a star in one of his videos as well!