By Miranda Raye on April 17, 2019
Advertisement 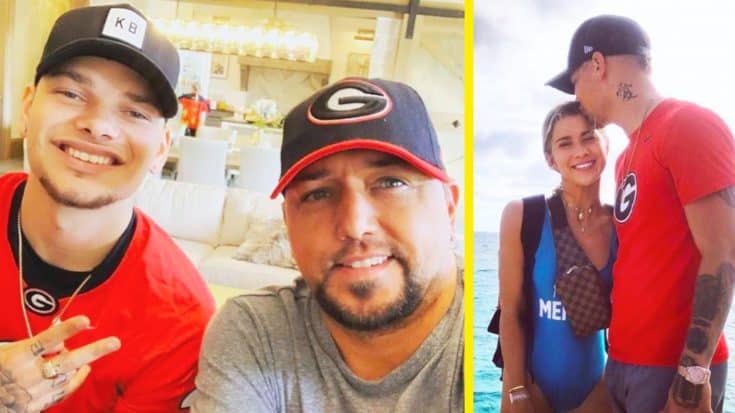 The Browns Are Having A Baby

On February 4, Jason Aldean and his wife Brittany welcomed their second child together, a daughter they named Navy Rome. The two already share a son, Memphis, who was born in December 2017.

Happy one month Navy baby! We love you so much♥️

The Aldeans are just one country couple out of many that have announced births or pregnancies in 2019. And as it turns out, one of the latest country singers to share some pregnancy news happens to be a good friend of the couple.

Of course, we’re talking about Kane Brown, who revealed on Monday (April 15) that he and his wife, Katelyn, are expecting their first child! He shared the happy news alongside an ultrasound photo, exclaiming how happy he is to become a father.

Katelyn later took to her own Instagram to share the happy news as well, doing so by posting a video that Kane filmed at what is assumed to be her first ultrasound appointment.

Amazed by the image of her baby on the screen, Katelyn broke down in a fit of tears and laughter. She was so overwhelmed by emotion that she even had to take out a tissue to wipe away her tears.

the coolest day of my life by far. I barely could stop laughing / crying to let her get pictures but I am soooooo happy and excited. @kanebrown_music I love you so much & am so excited to have an addition to our family to share our everyday fun, travel , & love with?

Brittany Actually Encouraged Them To Have Kids

As overjoyed as Katelyn is about having a baby now, those who follow her and Kane likely never saw this baby news coming. That’s because back in November 2018 (just one month after they married), Kane said that Katelyn wanted to wait a little while before they had kids.

Speaking to Taste of Country, Kane said that 26-year-old Katelyn “wants to wait until she’s, like, 30,” before having a baby.

But the two were definitely encouraged to start their family sooner. And one of the main people encouraging them to do so was Brittany Aldean!

In that same interview, Kane revealed that Brittany (who was still pregnant with Navy at the time) was wondering when they’d be welcoming a little one of their own. “She keeps asking if we’re having one,” he said.

The Aldeans Respond To Baby News

So you can imagine how excited Brittany was when she learned that Kane and Katelyn are expecting. She responded to the couple’s exciting announcement, simply commenting “EEEEEEEEEK!!!!!!” followed by a series of emojis.

Kane’s best buddy Jason also chimed in, and wrote a heartwarming congratulatory message for his friend. “Can’t wait to meet that kid,” he wrote.

His comment got the most likes out of any other on Kane’s post, and it’s easy to see why.

Jason and Kane go way back, having toured together in the past. Kane has a great deal of respect for Jason, and Jason has referred to him as his “little brother.”

You can listen to Kane talk about his special friendship with Jason and what it’s like to tour with him by tuning in to the video below.

Just like Jason and Brittany, we are so happy for Kane and Katelyn!