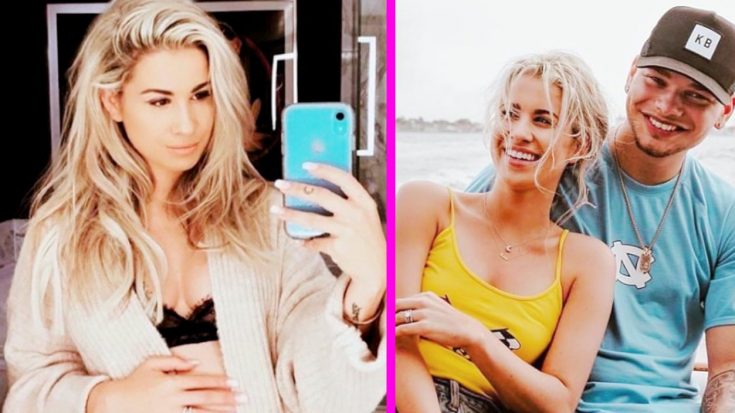 In April, “Good as You” singer Kane Brown took to social media to share some exciting news…he’s going to be a dad!

“It’s been so hard keeping this a secret!!!!! But the KB’S ARE GONNA BE PARENTS!!!” Kane wrote alongside an ultrasound photo he shared.

Kane and his wife, Katelyn, later learned they are expecting a girl. Their little princess is due to make her debut some time in the fall.

Fans have been tracking Katelyn’s pregnancy through the occasional “bumpdate” she shares on social media. Though pictures that actually place her bump on full display are few and far between.

In fact, until recently, the last time we got a good look at Katelyn’s baby bump was on the 4th of July. Kane posted a photo of her wearing a two-piece outfit while grilling out, and fans gushed over how adorable her bump looked.

Kane agreed, writing, “you look beautiful babe” in reference to his wife.

Now that Katelyn is further along in her pregnancy, fans are anxious to see more updates from her. They finally got a new one on Tuesday (July 30), and it’s her most revealing “bumpdate” yet.

Katelyn shared two photos, the first of which shows her standing in a bathroom with her cardigan open to reveal her bare baby bump. She lovingly rests her hand on her bump and smiles, showing she truly does feel as “blessed” as she says she does in the caption.

She covers up in the second photo, and just like that, the bump is gone! Look through her slideshow below.

Isn’t she gorgeous? You can tell that she’s glowing!

Katelyn was also glowing on her wedding day, which was filmed for one of Kane’s music videos for “Good as You.” You can admire that video below.

While they were saying “I do,” those two had no clue they’d be parents just a year later!