By Manly Bryant on October 29, 2018
Advertisement 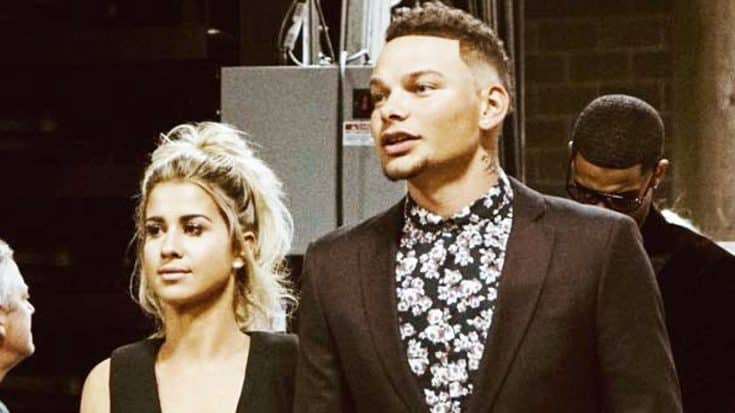 When Kane Brown wanted to dress up extra spooky for a Halloween party – the media went wild trying to figure out just what he was. As a newly-wed, he chose a very creepy costume to wear posed with his wife and the internet has been talking non-stop.

What They Are Saying

Some people have said Kane is channeling his inner rocker and got his makeup done to look like Eric Draven from the 1994 horror drama, The Crow. The premise of the movie is that a musician and his fiancé are murdered on the night before their wedding. Draven comes back from the dead to avenge his and his fiancee’s death after a crow lands on his gravestone. In an eerie twist of events, the actual actor, Brandon Lee passed away while filming the movie.

The late Brandon Lee was born on this day in 1965. He tragically died at the age of 28 in an on-set accident while making The Crow (1994) #BrandonLee pic.twitter.com/E4uxBRXNW4

So when Kane donned some creepy, black-and-white makeup, the internet went crazy saying he was channeling his inner rock star zombie with similar makeup to Brandon Lee’s. He showed up to a party with the scary makeup while still wearing his signature ‘KB’ snap-back. Dressed in all black, Kane’s Halloween look was a spook-tastic goth style straight out of your worst nightmare.

There has been a lot of speculation around Kane’s wife’s costume as well. Taste of Country said that she “either wasn’t feeling particularly inspired that evening or decided to go as ‘Kane Brown’s wife,’ as she was dressed in an everyday outfit.” Still, many have pointed out that dressed up in white – she looked spookily similar to Draven’s fiancee, Shelly Webster in The Crow during the graveyard scene.

Then in a well-lit photo posted by the couple’s make-up artist, Emily Jimison, it looks like she might have added a bruise to Katelyn’s forehead – possibly making her look more like Webster in the movie after the attack.

And while The Crow might have been a supernaturally scary film, the final sentiment of the movie was that “Buildings burn, people die, but real love is forever.” The couple promised to love each other for the rest of their lives, so it could possibly be a creepy costume – but it would still be a very fitting one.

Unfortunately, all the speculations were shot down by Kane’s wife in a response she made to his Instagram post.

She told a fan, “Kane’s a joker! And I am in the military but I don’t have my whole outfit on in the picture.”

While the duo didn’t dress up in a matching “couple’s costume” they were flawless as ever. The two love birds were recently wed on October 12, 2018 in front of 200 friends and family.

Good as you ❤️

Kane was so happy with his wedding and marriage to Katelyn Jae that he even used footage from the day to create the music video for his song, “Good As You.” You can watch it below and be sure to let us know what you think about the couple’s costume in the comments.