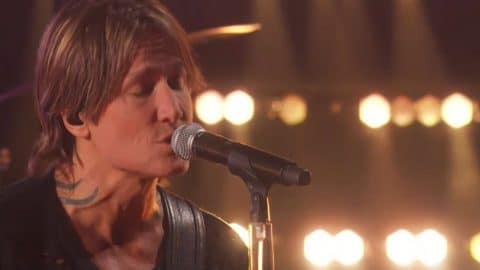 When the 2019 CMT Music Awards needed to fill its setlist with all-star artists, Urban was surely one of the first to get the call. After all, he is the reigning CMA and ACM Entertainer of the Year.

Anyone who has watched the CMT Music Awards before knows that the show is all about showcasing quality entertainment. It didn’t earn the label as “Nashville’s biggest party” for nothing! And Urban’s past performances have definitely helped it earn that label.

Just take his 2017 performance of “The Fighter” with Carrie Underwood as a prime example. The two completely reimagined the song for the CMT Music Awards, turning it into a slow, romantic duet that left viewers in awe.

Since that performance was so successful, Urban opted to choose another slow song for his performance at the 2019 ceremony on Wednesday (June 5). The song he picked was his recently released single “We Were,” which has him reflecting on a lost love from the past.

In what was undoubtedly one of the most emotional moments of the night, Urban poured his heart and soul into his vulnerable performance of the song at the CMT Music Awards.

Surrounded by smoke and the glow of flashing lights, Urban sang about fond memories of a youthful love. The song’s story is something that many people could surely relate to as they watched Urban sing it on the CMT Music Awards.

Once again, Urban put on a performance that CMT Music Awards viewers are sure to remember for some time. You can relive the touching moment by tuning in to the video below.