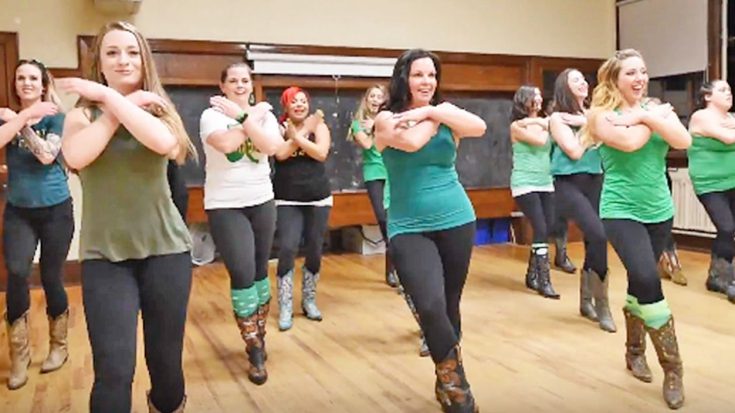 The Boot Boogie Babes got into the St. Patrick’s Day spirit a couple years ago with a fun line dance set to the tune of Keith Urban and Carrie Underwood’s duet, “The Fighter.”

This time, dressed in green for St. Patrick’s Day, the Boot Boogie Babes strapped on their boots to get down to “The Fighter.” The ladies kicked, twirled, stomped, and two-stepped to the catchy tune.

“The Fighter” was released by Urban and Underwood as the fifth single in February of 2017 off of Urban’s album Ripcord. The duet reached number two on both the Billboard Country Airplay and Hot Country Songs charts and won Musical Event of the Year at the CMA Awards, as well as Collaborative Music Video of the year at the CMT Music Awards.

We can’t wait until they post a tutorial because this is one routine we’d love to learn. Take a look at the Boot Boogie Babes’ line dance to “The Fighter” below.