By Manly Bryant on April 7, 2019
Advertisement 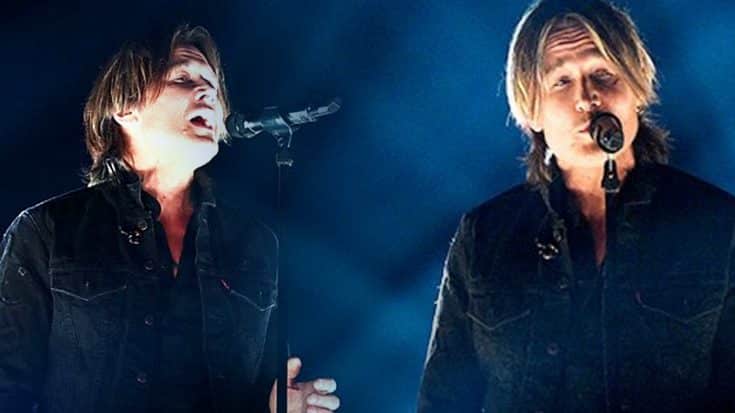 Was this planned all along? Or was Keith inspired by this incredible piece of music just moments before he was supposed to take the stage?

Just feeling lucky to be living in the same universe as #KeithUrban and #NicoleKidman, tbh. ❤️ #ACMawards (?: @gettyimages)

Well, the 54th Annual ACM Awards were blessed with a once-in-a-lifetime performance by none other than Keith Urban himself when he took the wraps off of a song he’d been dreaming of performing ever since he heard it.

Beyond just gracing the red carpet with his stunning wife Nicole Kidman and speaking through smiles about their love story, Keith had a hidden ace up his sleeve – one that he’d hinted to fans about earlier in the day.

In a video posted to his Instagram account earlier in the day, Urban opened up about the song he was going to be performing during the annual awards show – and it was something nobody had ever heard before.

“Hey everyone it’s Keith here – we are in ACM rehearsals right now,” he began. “I’m going to be doing a song tonight that is something I heard recently…that absolutely spoke to me.”

“I just love the song and it’s not my new single – it’s just something I really wanted to do.”

Taking a song originally sung by Foy Vance, Urban delivered a true and breathtaking cover that we cannot get over. Keith is a true artist – and that’s exactly why he won Entertainer of the Year as well!

Right now, you can stream Keith’s riveting cover of “Burden” anywhere you listen to music – but be sure to check out his unforgettable ACM Awards performance in the video below.