By Jennifer Pernicano on August 11, 2022
Advertisement 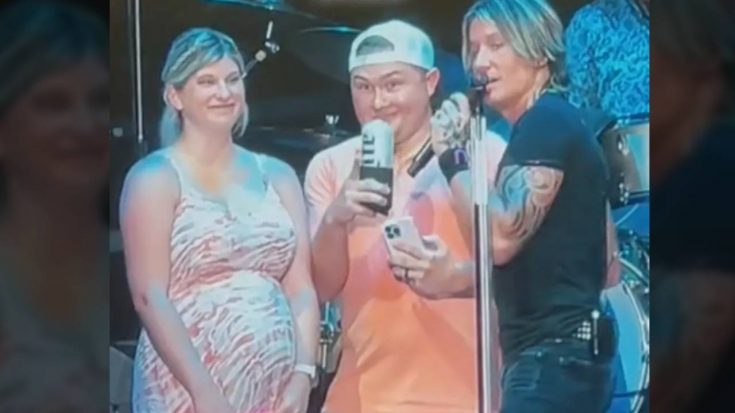 Keith Urban is in the middle of his Speed Of Now tour, which has taken him all over the country since May 27. The tour goes until During an Orange Beach, Alabama show on August 6th, Keith Urban stopped his concert when he saw a sign that two fans were holding up. It read:”Help Reveal Baby’s Gender.”

The sign also had an envelope with a question mark taped to it.

After one glance at the couple, Urban said, “This is what I love about you guys, you’re completely pregnant, you’re like, ‘Anyway, we are going to the concert, that’s what’s happening.'”

He brought them on stage and found out their names are Shawn and Miranda, and that Shawn is a military man and is stationed in Navarre, Florida, which is about an hour and a half away.

The country star asked the audience if they thought the baby was a boy or girl, and boy won. The country star pointed out that Shawn’s hands went up in the air when fans cheered for a boy.

Urban then took the envelope and said, “And the Academy Award for best baby makers, it’s a new category…..It’s a boy! How about it? Who lost money right now?”

Watch the epic moment go down in the video below.