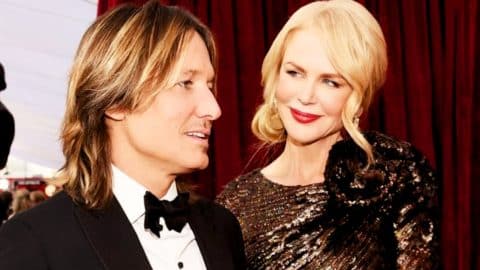 As fires continue to rage throughout Australia, people around the world have pledged their finances, time, and prayers to the people and animals affected.

The Irwin family, who runs Australia Zoo and various conservation properties, has a wildlife hospital that has been overwhelmed with a flood of new patients since the fires started.

Robert Irwin, the 16-year-old son of the late Steve Irwin, thanked his followers for their support and spoke highly of the firefighters battling the blaze.

“Again, my greatest thank you goes to Australia’s incredible firefighters,” he wrote. “If there’s anyone who can band together and lend a hand in crisis, it’s Australians.”

Proud to be one of the many who are coming together to try to affect some positive change during this incredibly difficult time. We’re here to help where we can for wildlife and to treat the survivors. Again, my greatest thank you goes to Australia’s incredible firefighters. If there’s anyone who can band together and lend a hand in crisis, it’s Australians.

Bindi Irwin, Robert’s 21-year-old sister, also expressed her thanks to the firefighters and stressed their importance. She advised her followers to lend their support to local Australian fire stations if they wanted to do something to help.

“If you would like to lend a hand, the local fire stations could sure use donations as they are working so hard to keep everyone safe,” she wrote.

‪Thank you for your kind comments. @AustraliaZoo is safe from the bushfires however we are incredibly busy helping to treat wildlife who have been badly hurt during these devastating times. If you would like to lend a hand, the local fire stations could sure use donations as they are working so hard to keep everyone safe. ❤️ One of our team members is currently fundraising to construct drinking stations on our conservation property due to the critical drought. You can find his fundraiser by visiting the link in my bio.‬ ‪Together we can make a difference to help our planet in this time of devastation.‬

Another pair of Australian celebrities did exactly what Bindi advised.

The couple now owns a house in the Southern Highlands of New South Wales. They recently celebrated Christmas in Australia, and took photos together in Sydney.

Now, the couple has pledged a generous amount of money to help Australian firefighters battle the blaze raging through their beloved homeland.

“Our family’s support, thoughts, and prayers are with everyone affected by the fires all over Australia,” the couple wrote.

Both Urban and Kidman also shared links to various fire stations and services their followers can donate to if they’d like to help the cause.

Our family’s support, thoughts, and prayers are with everyone affected by the fires all over Australia. We are donating $500,000 to the Rural Fire Services who are all doing and giving so much right now. – KU

Urban and Kidman’s donation was confirmed by Kidman’s rep, which TODAY reported on Saturday (January 4).

Learn more about the fires raging through Australia by tuning in to the news report below.

Our thoughts and prayers go out to all who are affected by the fires. And hats off to Urban, Kidman, and the Irwins for doing their part to help their homeland during its time of great need.