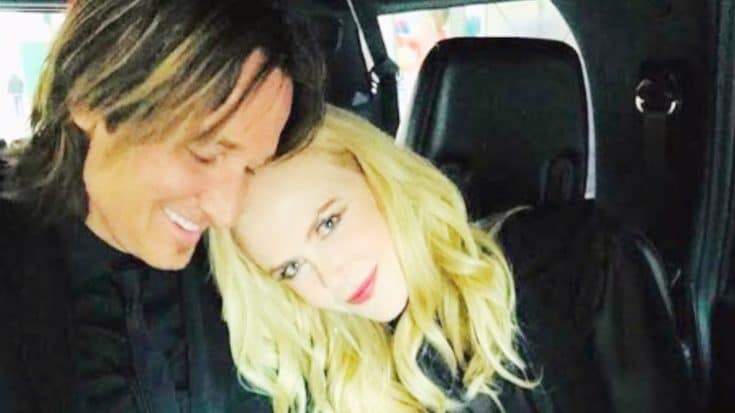 In fact, sweet Sunday just celebrated her 11th birthday. Nicole shared the below photo from their family vacation in Paris in honor of the special day.

Two years after Sunday was born, Keith and Nicole welcomed yet another daughter. They named her Faith Margaret.

The girls have grown up surrounded by feline friends. Nicole often posts photos of their cats on Instagram, and it’s clear they are beloved members of the family.

While Nicole has had cats for several years, she had never owned a dog before. So you can imagine how overjoyed she was when she brought home a brand-new puppy!

Nicole introduced her new family member through an adorable post on Instagram. The precious picture she shared shows her getting a kiss from the curly-haired pooch, whose name she didn’t reveal.

Just in case you couldn’t feel Nicole’s happiness from the look on her face, she made her joy evident in the photo’s caption. “My first puppy… actually my first dog. Been waiting my whole life for this!”

My first puppy… actually my first dog. Been waiting my whole life for this! ?

It’s only fitting that Keith and Nicole brought home a puppy that’s as adorable as they are. The couple has shared many “aw-worthy” moments through the years, but no moment melts our hearts more than the one captured in the video below.

The clip shows Keith and Nicole lip-syncing along to Keith’s duet with Carrie Underwood, “The Fighter.” The pair filmed this video before the song was ever released as a single, but it still went viral. Relive the cuteness by pressing “play!”

We have no doubt that Keith and Nicole’s newest family member will be showered with lots of love!