Kelly Clarkson Confesses She Was Drunk When Recording New Song

By Jennifer Pernicano on October 3, 2022
Advertisement 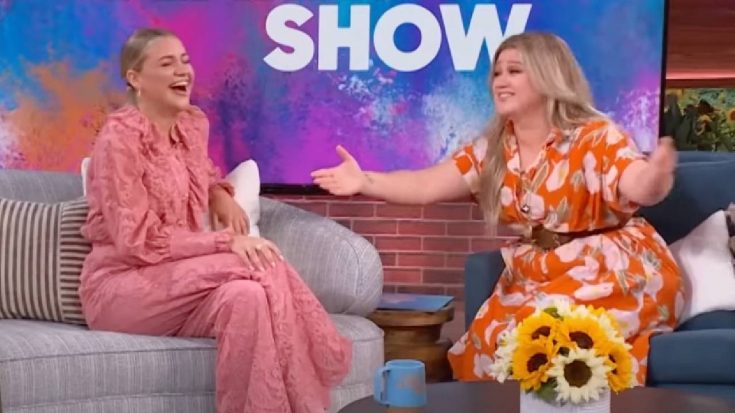 Kelsea Ballerini released her fourth studio album, Subject To Change, on September 23rd. Two weeks before the album’s release, she revealed the titles of the 15 tracks, including a collaboration with Carly Pearce and Kelly Clarkson!

the journey starts with taking the power back from the fear of change and blissfully accepting that it is inevitable. the journey ends with peace of knowing that what i have now is meant for me. the in between is yours september 23rd. two weeks my friends. ? pic.twitter.com/mmuIfvXtEk

The song is called “You’re Drunk, Go Home” and has an old school country vibe to it, which is what Ballerini used to pitch the song to Clarkson! She announced the collaboration on September 8th.

a sassbomb yeehaw collab moment?!? YOU’RE DRUNK, GO HOME with my sister @carlypearce and hero sister @kellyclarkson available 9/23 can i get a yeeeeehaw pic.twitter.com/QMV1q6rLNM

Ballerini was a guest on The Kelly Clarkson Show on Monday (October 3), and they revealed how the trio came to be.

“I asked Kelly to my song in the morning and she went to the studio that night and did vocals,” Ballerini told the audience.

But, she explained that she had already started celebrating that it was her last day of work, if you know what we mean.

“I get to the studio here with [music director] Jason [Halbert], and I get in there and I’m like, ‘Look, I didn’t know I was gonna be singing today,’” Clarkson said. “I didn’t know! … So I had to sing a song called ‘You’re Drunk, Go Home’ inebriated, trying to sing first soprano parts like, ‘I’m fine!'”

Ballerini added to the story, saying there’s a few ad-libs in the song and at one point, Clarkson hilariously said “mmbyeee!” and they put it in the song! Now that we know Clarkson was drunk during this, it makes the song even better!

We wish we could sound as good as Kelly when we

Take a listen to the song below! Clarkson’s hilarious “bye” comes at the 2:07 mark.