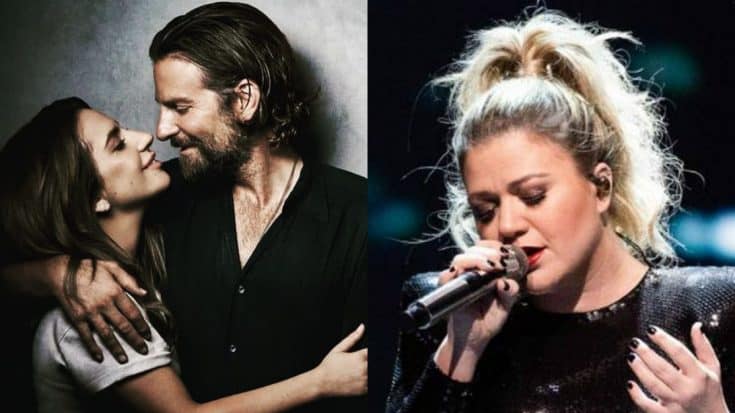 You know what they say….”If it ain’t broke, don’t fix it.” The saying applies to many different situations, but perhaps it’s most fitting when it’s being used to describe a cover of a hit song. Few people are able to cover a song and achieve the same result that caused the tune to be a success to begin with. But, we think we’ve found an exception.

“Shallow” is arguably one of the biggest songs of the year, perhaps the decade. The tune penned by Lady Gaga and performed by the singer and her “A Star Is Born” co-star Bradley Cooper has managed to captivate audiences everywhere and has garnered covers from fans and fellow artists alike.

Most recently, American Idol champ Kelly Clarkson surprised a concert audience when she lent her incomparable vocals to the song, and dare we say…she nailed it!

Prior to her performance, Clarkson took a moment to praise Lady Gaga as one of the “nicest human beings ever.”

“I know there’s a lot of competition with artists in the industry. But, there’s a lot of us that just dig each other and we really get inspired by each other,” Kelly told the crowd at her Meaning of Life tour stop in Green Bay, Wisconsin. “This chick is amazing. We’re really different, but at the same time we’re really similar in the fact that she just loves music and that’s why she’s doing what she’s doing.”

Clarkson recalled one of the first time’s she and Lady Gaga shared a stage. Gaga left Clarkson a handwritten note letting her know it was an honor to open for her. “It’s cool just to know someone that talented is also really nice. I’ve been rooting for her for awhile.”

Clarkson then introduced “Shallow” before launching into her own rendition of the Oscar winning song. The video of the performance immediately went viral, with fans praising Clarkson’s flawless take on the song.

KELLY CLARKSON SINGING SHALLOW IS EVERYTHING

I didn't like the Shallow song until I heard #KellyClarkson sing it ??‍♂️

Hear Kelly Clarkson sing “Shallow” in the video below.