By Miranda Raye on April 30, 2018
Advertisement 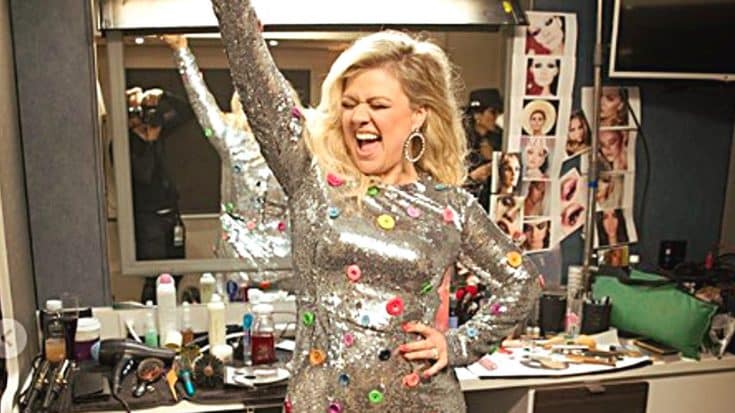 If you have been following Kelly Clarkson since the beginning, you know that she has gone through a series of hairstyle changes over the years. Back when she won American Idol, Clarkson was famous for sporting a dark brunette do with chunky blond highlights.

In case your memory needs a bit of a jog, just check out the video below. This video was filmed right after Clarkson was named as the first-ever American Idol.

Clarkson experimented with a few different styles in the years after Idol. One of her most dramatic looks was a short, choppy bob, which was dyed dark.

You can see that hairstyle in the video below. This comes from a performance with Reba McEntire, who would one day go on to become Clarkson’s mother-in-law when she married her stepson, Brandon Blackstock.

Now that she’s a coach on The Voice, we’ve had the chance to see Clarkson sport a whole assortment of hairstyles. Since it was her birthday last week, she decided to try out a fun, voluminous hairstyle that showed she was ready to party.

But after sporting the same look for a while, Clarkson decided it was time for a change. The powerhouse vocalist surely dropped a few jaws when she showed up at the UCLA Jonsson Cancer Center Foundation’s “Taste for a Cure” event.

The event takes place every year to help raise funds for cancer research at UCLA. Clarkson was a scheduled performer at the event, and wrote on Instagram, “I am overjoyed to be a part of honoring Paul Teledgy tonight at Taste for a Cure 2018.”

In addition to singing her new song “I Don’t Think About You,” Clarkson also rocked her new hairdo at the event. Her hair is definitely more blond that it was before, and she also cut her hair to sport a new set of bangs.

Go ahead and take a peek at Clarkson’s new look in the photo below. It’s quite a difference!

We’re quite excited to see Clarkson try out other styles with her new hair color and bangs!

Everyone will get ample opportunity to see her new look on The Voice. Go ahead check out one of her past looks by watching the video below.