By Miranda Raye on May 9, 2018
Advertisement 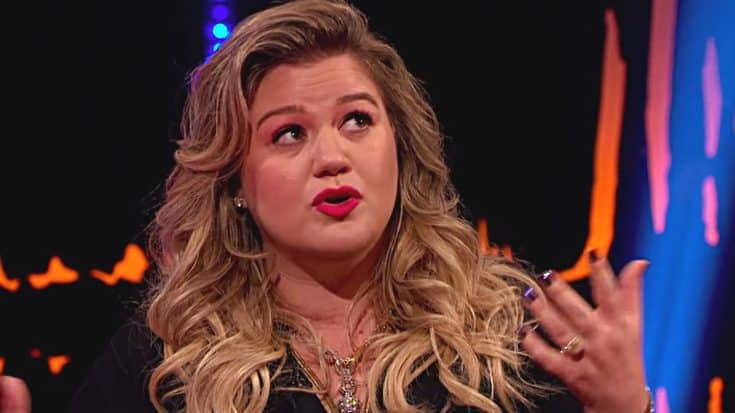 Kelly Clarkson has never tried to hide the fact that she has a less-than-perfect relationship with her dad. That’s because she captured the story of their relationship through song, and not just once.

The first song that ever mentioned Clarkson’s strained relationship with her father was her deeply emotional hit “Because of You.” With Clarkson as a co-writer, the song captures the pain she felt over her parents’ divorce and the fact that her father abandoned her when she was only a child.

A couple of years after its original release, Clarkson re-recorded “Because of You” as a country duet with her future mother-in-law, Reba McEntire.

“Because of You” isn’t the only song of Clarkson’s that covers her troubled relationship with her dad. In 2015, she released a followup to the song with the more hopeful “Piece by Piece.”

Also co-written by Clarkson, “Piece by Piece” has her reflecting on all the ways her father wronged her. She reveals that she has fallen in love with someone who is nothing like him, and she knows that he will never hurt their baby girl like her dad hurt her.

While she was pregnant with her son, Clarkson performed “Piece by Piece” as a guest on American Idol. The entire room was in tears, though Keith Urban probably had the most emotional response of all.

But while you’ve always been aware of Clarkson’s strained relationship with her dad, you probably didn’t know the reason why it was like that. Clarkson finally explained it all in an interview on the Scandinavian talk show, Skavlan.

As mentioned earlier, Clarkson’s dad abandoned her when she was young. Her sister went to live with her aunt, while her brother lived with her dad for a while.

Clarkson remained with her mom, who eventually remarried, giving Clarkson lots of stepbrothers and stepsisters to grow up with. But even though her dad left her, she still wanted a relationship with him.

However, after repeated attempts to reach out, she felt discouraged. In Clarkson’s words, it was “humiliating“:

“You’re like, I shouldn’t have to work this hard for someone’s love. Like, that’s a little ridiculous And at that point, too, you grow up so much to where you go, okay, I don’t even think you’re capable…”

Clarkson said that people feel sorry for her, but over time she’s come to accept things as they are. As she said, “I think if you don’t grow up with it, it’s hard to miss something you never had.”

The advice Clarkson has to give people who are in similar situations…sometimes it is alright to just let go:

“Even if it’s not your father, whoever it is in your life, if someone presents such a cancerous environment and then just keeps hurting you, and even if they’re doing it inadvertently and they just don’t know better, you should just not have that person in your life, And it’s OK. That’s not a hateful situation. You go your own way.”

You can listen to Clarkson talk more about her relationship with her father by watching her interview below. It should be known that in early 2019, Clarkson revealed that her dad had passed away “months ago.”

Now that you know all of this, “Because of You” and “Piece by Piece” will hit you even harder than they did before.