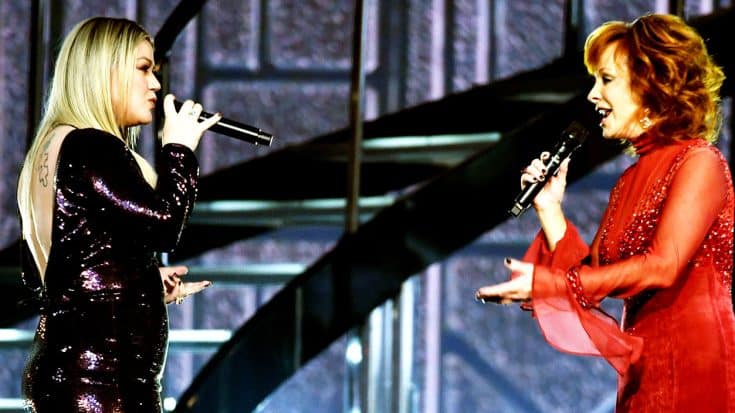 This brand new release is one of the best yet – and it comes hot on the heels of a huge win at the recent CMT Music Awards!

After winning the very first season of American Idol, Kelly Clarkson has chartered a winding career in music and recorded many pop, pop rock, bluesy, and country songs. Back in the day, she even went on tour with Reba McEntire – who also happens to be her mother-in-law!

In recent years, though, Clarkson has branched out into a more soulful and bluesy type of music and featured a very different sound on her most recent album, Meaning of Life. Along with this album, she also had dabbled in pure country music and recorded a few demos, like “Soap and Water.”

Now, Clarkson is returning to country music with a brand new collaboration from one of the hottest duos to hit the stage in recent years.

Dan + Shay has crafted some of the best-known and most-loved songs for country fans in recent years and they just took home top honors at the CMT Music Awards when they won the trophy for Duo Video of the Year for “Tequila.”

As part of their third studio album since their debut just five years ago, these two recruited Kelly Clarkson for a new song that’s definitely going to make it into your collection.

“Keeping Score” featuring Clarkson blends Shay’s voice with Kelly’s in a magical way that nobody else could have ever done – and it’s something you have to hear to believe.

The tender and sweet-noted tune moves from simple, touching piano notes to a soaring and powerful chorus that shows off just what happens when you blend a true American Idol with one of country’s most powerful vocalists – Shay Mooney.

Watch the brand new video for “Keeping Score” below and let us know what you think about Kelly’s return to country!