By Miranda Raye on April 7, 2019
Advertisement 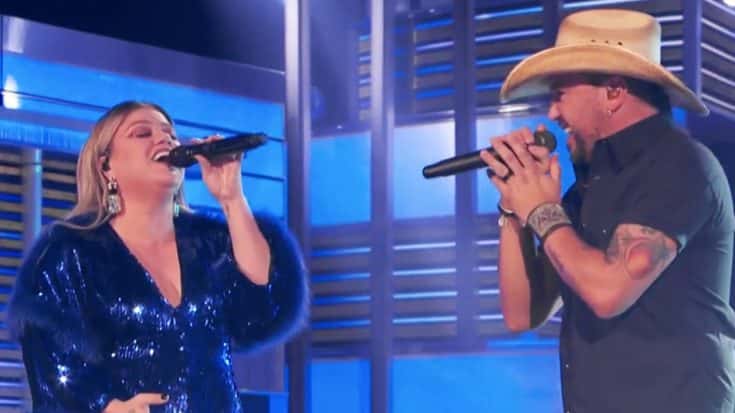 Jason Honored As ACM “Artist Of The Decade”

In all of country music, few honors match or exceed the prestige attached to the Artist of the Decade Award. Issued by the ACM, the award is meant to recognize an artist who has defined a decade of country music history due to their talent and success.

Over the years, the award has been bestowed upon some of country music’s best and brightest, with recipients being Marty Robbins, Loretta Lynn, Alabama, Garth Brooks, and George Strait.

With 2019 being the last year of the decade, the ACM was tasked with naming another artist to join that elite list. After much anticipation, they announced that artist would be none other than Jason Aldean.

It makes perfect sense why the ACM chose Aldean to be its Artist of the Decade for 2010-2019. As the organization explained itself in its announcement post, at that point the singer had earned 22 number one hits and a combined total of 13 ACM Awards over the course of his career.

In past years, the artist of the decade was honored during a special concert separate from the ACM’s awards show. But in 2019 the organization changed things up by recognizing Aldean during its annual ceremony.

Aldean was an active participant in the celebration, taking to the stage to perform alongside a few friends.

One of the artists who joined Aldean on stage was his former singing partner Kelly Clarkson.

In 2010, the pair released a duet titled “Don’t You Wanna Stay,” and it was a massive hit. The song not only topped the Hot Country Songs chart, but crossed over to claim the 31st spot on the Billboard Hot 100.

“Don’t You Wanna Stay” later won two ACM Awards, sending Aldean and Clarkson home with trophies for Single of the Year and Vocal Event of the Year.

The two have gone on to perform the song live a few times since then, but haven’t been able to collaborate on it often. So it was quite thrilling to see them reunite on stage at the 2019 ACM Awards and listen to them revisit the passionate duet.

BEEN WAITING FOR THIS ALL NIGHT! Kelly Clarkson and Jason Aldean slaying at the #ACMawards

This song makes us feel weak in the knees every time we hear it. How about y’all?

Watch Aldean and Clarkson reunite to sing together at the ACM Awards by tuning in to the video below. After this, we’re itching to hear them record a new duet!