By Jennifer Pernicano on October 23, 2019
Advertisement 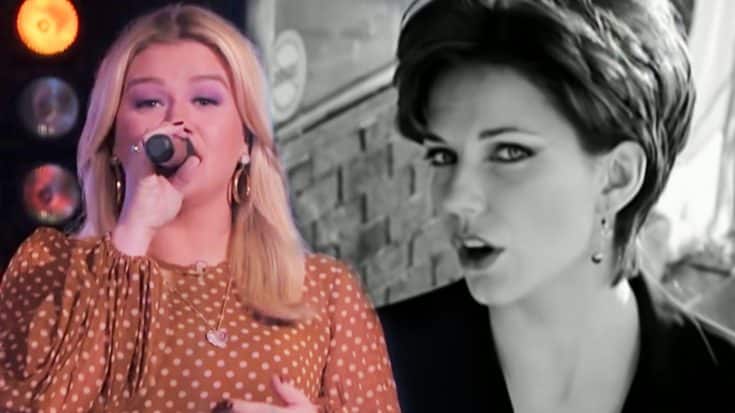 The first thing Kelly Clarkson does at that start of her daily talk show is segment called “Kellyoke,” where she does a cover of popular songs that are requested by her audience members. So far she has covered Katy Perry, Dolly Parton, Nick Jonas, Carrie Underwood, Cher, and so many more!

Her latest Kellyoke might just be one of her best.

For the Oct 23, 2019 episode, Clarkson kicked off the show with a cover of Martina McBride’s 1994 hit song “Independence Day.” McBride’s anthem peaked at number 12 on the Billboard charts. In 2003, it ranked 50th on CMT’s list of 100 Greatest Songs of Country Music, and #2 in CMT’s 100 Greatest Videos in Country Music. It earned the song’s writer, Gretchen Peters, a CMA Award for Song of the Year in 1995.

Clarkson and McBride have actually sung together a few times before. At the 2011 Country Music Hall of Fame induction, they performed “Does He Love You” and sang the same song at 2006’s CMT Giants: Reba.

Wearing a polka-dot dress and platform heels, Clarkson belted the empowering lyrics as she walked down the stairs and made her way to center stage of her set. She had the whole audience on their feet and clapping along to the beat.

Watch her cover of “Independence Day” below.