By Jennifer Pernicano on May 7, 2020
Advertisement 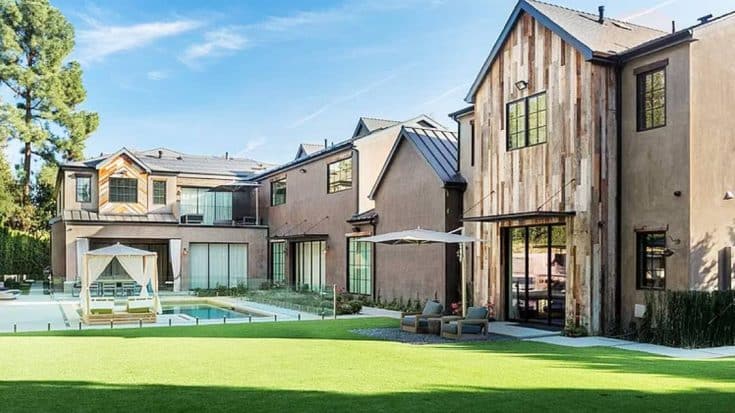 While Kelly Clarkson is quarantined at her ranch in Montana, she has quietly listed her home in the Los Angeles neighborhood of Encino.

Clarkson, her husband Brandon Blackstock, their children River and Remington, as well as her 13-year-old stepson Seth were spending time in Montana when the coronavirus outbreak began and their time there has been indefinitely extended until this is all over. Her 18-year-old stepdaughter Savannah is quarantined elsewhere.

While they own a lot of land in Montana, the cabin on their property has one bedroom, and her entire family shares the space quite well.

Even though they cram into one room while in Montana, their home in Los Angeles is a little more spacious. It boasts eight bedrooms, nine bathrooms, and two half-baths, according to the current listing on Compass.

The home has a master suite with a large walk-in closet, its own patio entrance, and fireplace, as well as a two-story guest house, pool, outdoor kitchen, and is described as “rustic meets industrial.” Other rooms include a home theater, a gym, each of their children’s rooms, as well as a large play room.

It is unknown as to why the Clarkson-Blackstock family has listed their home. They are also currently trying to sell their Nashville property and have been for the past two years.

To see more information on her new listing, as well as a slideshow of photos, click here.