By Miranda Raye on February 2, 2021
Advertisement 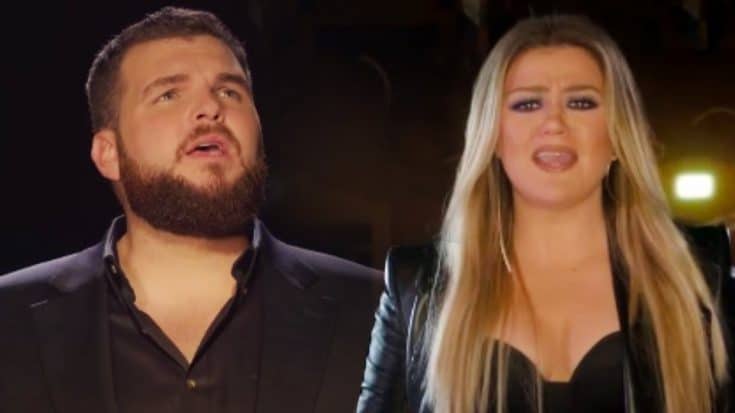 On January 27th, 2021,  Jake Hoot released a brand-new EP titled Love Out of Time. The Season 17 winner of The Voice was thrilled to share the new record, which contains a duet with his former coach, Kelly Clarkson.

The duet is titled “I Would’ve Loved You.” Hoot co-wrote the song with Dean Sams of Lonestar and Jamie Floyd:

“I Would’ve Loved You is a song about how the choices we make and the consequences that follow,” a press release quotes Hoot as saying. “It is a story about someone who has so much love to give, but due to the other person’s decisions, that love turns into a hate that lasts forever.”

Fans got the chance to hear “I Would’ve Loved You” for the first time after Hoot’s new EP was released.

But Hoot and Clarkson didn’t stop there. The duo also filmed a music video, which they released on February 1, 2021.

The clip shows Hoot and Clarkson dressed in all black while performing in a dimly-lit venue. They stand far apart from each other for most of the video, both physically and metaphorically representing the fact that there is distance between them.

As the lyrics go, “For the rest of my life, I promise you. And I’m gonna hate you as long and as much, as I would’ve loved you.”

Just when you think the video is over, Hoot and Clarkson come together on the stage for a chill-inducing finale. Now only separated by mere feet, the pair passionately belts out the last portion of the song.

Tune in below to see Hoot and Clarkson’s music video for “I Would’ve Loved You.”

We’re so glad these two were able to reunite after working on The Voice together in 2019. They make a great team!

With Clarkson as his coach and mentor, Hoot is sure to go far in country music!