By Miranda Raye on April 7, 2021
Advertisement 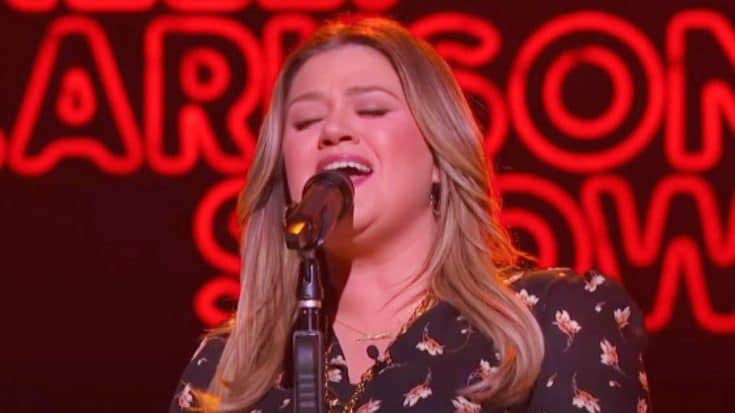 Even though most of Kelly Clarkson‘s music can be labeled as “pop” in genre, she has dabbled in the country music world more than a time or two. She has famously recorded duets with Reba McEntire, Jason Aldean, and Dan + Shay, and has performed live with a number of other country artists through the years.

One singer Clarkson has collaborated with many times is Martina McBride.

Back in 2006, Clarkson and McBride teamed up to sing Reba McEntire and Linda Davis‘ “Does He Love You” during the CMT Giants: Reba special. Clarkson was only four years removed from her American Idol win at the time, but still managed to hold her own while singing with McBride.

The duo later reunited in 2014 to deliver a duet of “The Christmas Song” in Nashville. They also recorded a song titled “In the Basement” that was featured on McBride’s album Everlasting.

All of these years later, Clarkson is clearly still a fan of McBride’s music. During a past “Kellyoke” segment of her talk show, The Kelly Clarkson Show, she performed McBride’s “Independence Day.”

Months later, Clarkson decided to offer up her take on yet another one of McBride’s songs. She performed a cover of “A Broken Wing,” which McBride released in 1997.

“A Broken Wing” topped the Hot Country Songs chart following its release, making it McBride’s second-ever single to become a #1 hit. The song was later nominated for the Single of the Year Award at the 1998 CMA Awards.

Anyone who tries to tackle “A Broken Wing” needs to have some serious singing chops to pull it off. That’s why it was the perfect song for Clarkson to showcase during “Kellyoke.”

Clarkson is known for her powerful voice, so “A Broken Wing” was right in her wheelhouse. Tune in to the video below to see how she carried out her cover of the song.

Are there any other songs of McBride’s you’d like to hear Clarkson perform during a future “Kellyoke” segment?