By Miranda Raye on December 20, 2018
Advertisement 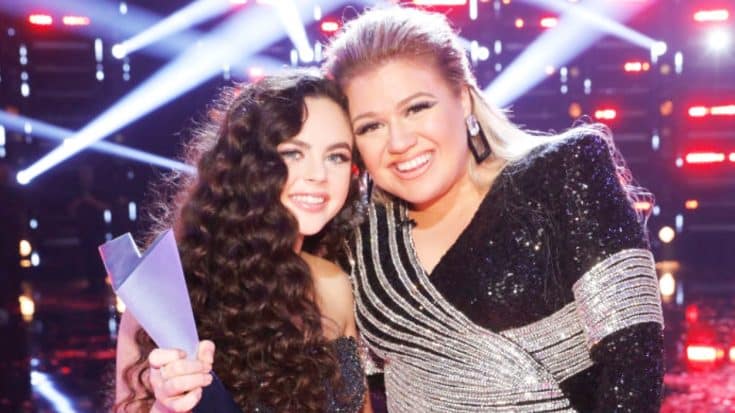 Tuesday night (December 18) was an exciting one for Kelly Clarkson. That’s the night that she became a back-to-back winner as a coach on The Voice when her 16-year-old country singer Chevel Shepherd was crowned the champion.

Clarkson took to the stage to congratulate Shepherd immediately after her name was announced, and the two posed for celebratory photos.

But before Shepherd was named as Season 15’s “Voice,” Clarkson took to the stage for an entirely different reason. She was one of the scheduled performers of the night, and was tasked with bringing a little Christmas spirit to the show.

Something Was Off & No One Could Tell

From watching that heavenly performance and Clarkson’s behavior throughout the finale, you’d never be able to guess that something was wrong with the now back-to-back winning coach. But as Clarkson confessed later that night, she was hiding something during the show that had her a bit worried about how her duet with Hudson was going to turn out.

The first admission came when Clarkson met with a room of reporters following Shepherd’s big win. As she revealed, she was feeling a bit under the weather that night and was worried how it would affect her singing voice.

She even told Hudson before they kicked off their duet that she wanted her to sing louder to cover up her weaker voice.

THANK YOU to our crew, artists, Coaches, and most importantly, our fans for another EPIC season of #TheVoice. ✌️?? See you in the spring!

“I told Jennifer to hit her notes louder tonight so that people wouldn’t notice how sick I was,” she said.

Well, we certainly didn’t notice, did you?

It Was Even Worse Than Anyone Realized…

Later the next day, Clarkson spoke a little more about her sickness on Twitter. After seeing Broadway actress Tamyra Gray tweet that she was “learning how to sing through bronchitis,” Clarkson said she had faced a similar challenge on the Voice finale the previous night.

“Oh my gosh girl I feel you!” she wrote. “I have been sick for over a week and I can’t shake it.“

Oh my gosh girl I feel you! I have been sick for over a week and I can’t shake it. It’s time for a Christmas break! https://t.co/JB0yZL8Hd9

Clarkson sure did a good job hiding her sickness, because we couldn’t tell that she was feeling under the weather during the Voice finale.

Just tune in below to watch her duet with Shepherd from the previous night and see for yourself. She sounded flawless as always!