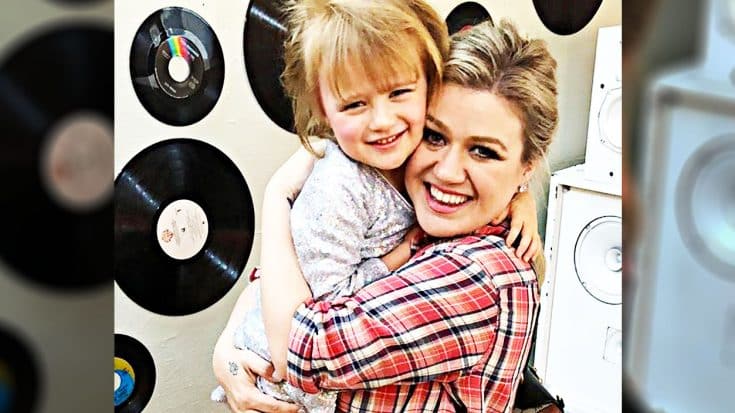 Kelly Clarkson, who is married to Reba McEntire’s stepson Brandon Blackstock, has two beautiful children River Rose and Remington Alexander – both of whom recently appeared in her music video for “Meaning of Life.”

I was not prepared for @kelly_clarkson to have her kids in her new music video. ?https://t.co/oswlwYnM7E pic.twitter.com/6aBS1y0q6N

River Rose, who is just four years old, recently followed in her mom’s footsteps and gave her very first performance during a kids concert – and Clarkson positively gushed over the moment!

Along with her own two kids, she also is the stepmom to two children Blackstock had during his previous marriage. All the kids love her, and they get along swimmingly! So, joining Clarkson and River Rose at the kids concert was Savannah Blackstock – who also praised her little sister for a job well done.

Clarkson’s wee little one was decked out in a sparkly silver dress and was all smiles as she posed for photos with her mama and big sis!

The kids concert performance was themed around disco music and the era it came from, but Clarkson hasn’t revealed which song her little one performed. Captioning this candid photo on Twitter, she expressed her great feeling of pride in the best of ways!

See the precious photo below in her full tweet – and watch her music video for “Meaning of Life” below which features both her adorable children!