Kelly Clarkson’s Ex-Husband Responds To Claims He Defrauded Her

By Jennifer Pernicano on January 28, 2021
Advertisement 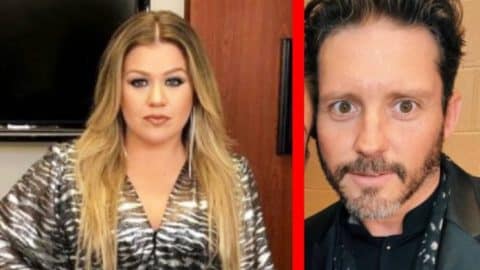 In June of 2020, Kelly Clarkson filed for divorce from her husband of 12 years, Brandon Blackstock. Going through a public divorce, especially with children, can be tricky. It gets even more tricky if the person you are divorcing was also your manager.

On the Season 2 premiere of her talk show, Kelly addressed her seemingly sudden divorce, saying, “2020 has brought a lot of change also to my personal life. Definitely didn’t see anything coming that came.”

Something else she probably didn’t see coming was being sued by her manager, Narvel Blackstock, who is also her ex-father-in-law and Reba McEntire’s ex-husband.

Narvel’s Starstruck Management Group filed a lawsuit against Clarkson in Los Angeles claiming they are owed $1.4 million from the Voice coach. Variety reports that “Clarkson has not paid the full commission this year for her work on ‘The Voice’ and ‘The Kelly Clarkson Show.’” Although the singer already paid them $1.9 million, she still owes them $1.4 million as part of their verbal agreement.

In response, Clarkson filed a claim stating that Starstruck had defrauded her and charged her exorbitant commission fees. In addition, she accused the company of violating the California Labor Code due to the fact that they weren’t licensed to practice in California.

Blackstock and Starstruck have filed court documents in response to her allegations. They say since they did not technically perform their duties in California, they are “not subject to regulation under the Talent Agencies Act” and continue to deny that the Emmy-winning talk show host should receive any financial relief.

Entertainment Tonight obtained a statement from Clarkson’s attorney, Ed McPherson, who said, “We stand by our allegations that Starstruck violated the Talent Agencies Act, despite their boilerplate denials, and we look forward to trying the case before the Labor Commissioner in August.”

Not only is Blackstock and his company suing his former wife, he has also asked for $436,000 in child and spousal support according to E! News.