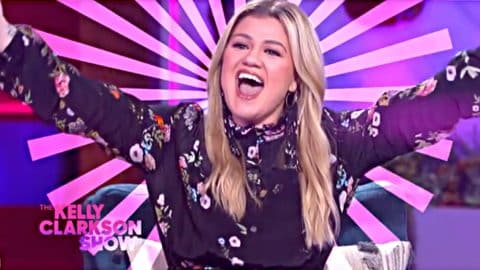 The Kelly Clarkson Show is nominated for:

Kelly has delighted fans in the first season of her self-titled show with emotionally filled, heart-tugging segments, entertaining guest interviews, and her signature Kellyoke performances.

In the Kellyoke performances, Kelly has displayed her incredible talents that helped her win the first season of American Idol in 2002. Covering multiple genres of songs from The Supremes to Patsy Cline to Carrie Underwood, Kelly easily proves there isn’t a song she can’t sing.

The Kelly Clarkson Show will be going up against some fierce competition, with many of the shows winning the award in the past. The show will contend with The Ellen DeGeneres Show, GMA3, Live with Kelly and Ryan, and The Talk.

Kelly was nominated alongside the hosts of the shows named above, with the exception of Ellen DeGeneres.

The Daytime Emmy Awards will look a bit different this year due to the circumstances and will air as a two-hour special in which the awards will be presented from home on June 26, 2020 at 8 pm ET.