By Manly Bryant on November 11, 2020
Advertisement 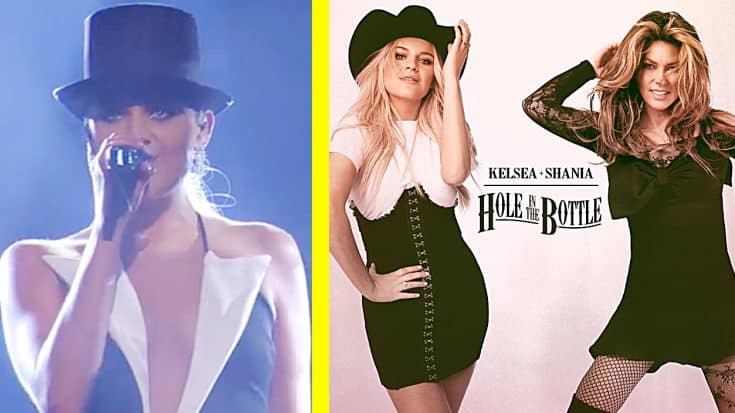 Kelsea Ballerini graced the CMA Awards stage on Wednesday night to perform her hit song “Hole in a Bottle.”

The CMAs announced Kelsea was performing the morning of the awards. It is speculated she took the place of Florida Georgia Line, whose performance was canceled due to one half of FGL, Tyler Hubbard testing positive for COVID-19.

I swear I just came here to unwind and have one drink ?? https://t.co/Nj3S6gXqUR

This will mark Kelsea’s fifth CMA Awards, with the first being in 2015. She has been nominated for a CMA Award seven times but has yet to take the prize home.

The song she performed, “Hole in a Bottle” debuted earlier this year and is off of her self-titled third album.

She announced a collaboration with Shania Twain, a brand new version of “Hole in the Bottle” on Twitter right after her CMA performance aired on the East Coast.

time to spill the wine…hole in the bottle with @ShaniaTwain out tomorrow at midnight est? https://t.co/qJE8yO2BvH pic.twitter.com/zcnSoCCIJh

The 54th Annual CMA Awards aired live Wednesday, November 11, 2020. Like other award shows, the CMAs had to adjust how they did things this year to adhere to COVID-19 safety guidelines. There was no live audience, but country artists were able to attend the awards show in person, all distanced from each other.

The CMA Awards were established in 1958 and was the very first trade organization formed to promote an individual genre of music. In 1967, the first CMA Awards Banquet and Show was held, and the following year it was broadcasted for the first time on television. It is the longest-running, annual music awards program on network television.

Hey @KelseaBallerini, can we come to the next wine night?! ? #CMAawards