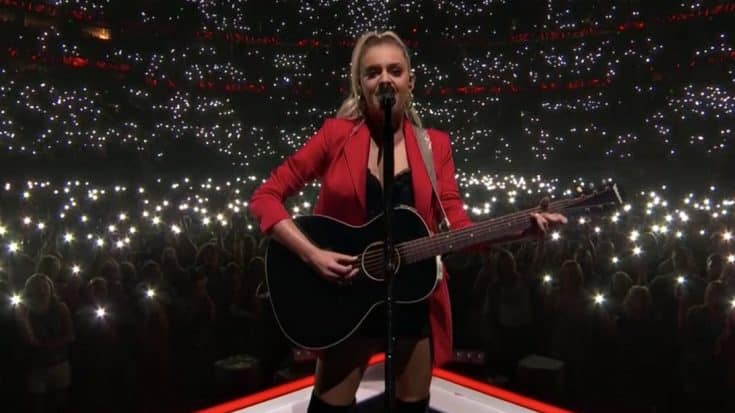 Kelsea Ballerini’s love for CMA Fest goes way back. Long before she was a household name, the Knoxville, Tennessee, native attended as a fan and experienced the event in awe of the talent. Now she attends with VIP treatment as both a performer and a nominee at the CMT Music Awards, the highlight of the week-long festival.  This year she is up for the night’s biggest award, Video of the Year, as well as Female Video of the Year, both for her current single “Miss Me More.”

“I wrote this (video) treatment, and for me, it kind of gives a different perspective of the lyric,” the singer said. “It’s not really about fighting for this person; it really is fighting against yourself. And I just think it’s a really important message, not even just for girls, but for everyone to realize that you’re always worth fighting for.”

“It sounds really cheesy, but it’s really the truth, and I think that everyone needs to be reminded of that,” she adds. “So I’m really proud to be nominated particularly for this video.”

During Wednesday night’s live televised awards show, Ballerini took the stage to perform “Miss Me More.” But, she pulled out all the stops to deliver a performance jam-packed with glitter and a fiery finale. Ballerini’s “Miss Me More” production was a stark contrast to last year’s performance…a stripped down rendition of her hit “I Hate Love Songs.”

Watch Kelsea Ballerini’s CMT Music Awards Show performance of “Miss Me More” in the video below.

.@KelseaBallerini gave us chills with her empowering performance of “Miss Me More” #CMTAwards #SeeHerHearHer pic.twitter.com/b39BM3FTYn