Kelsea Ballerini Gets Emotional In Bathtub Amid “Complex Time”

By Jennifer Pernicano on September 6, 2022
Advertisement 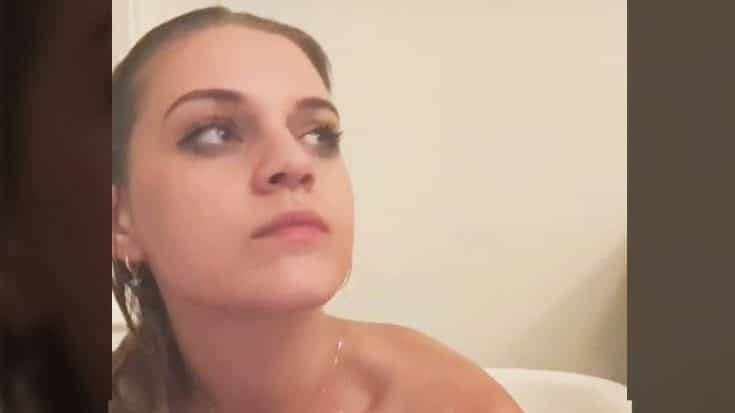 On August 29, Kelsea Ballerini announced she and her husband, Australian country artist Morgan Evans, are divorcing after almost five years of marriage.

Shortly after her announcement, Evans broke his silence on the divorce news, by saying:

Ballerini is getting ready to release her next album, Subject To Change, on September 26 so she is posting a significant amount of content, including announcing the release of a new song titled “What I Have.”

On Saturday (Sep 3), Ballerini posted a TikTok video sitting in her bathtub with some smudged makeup as though she had been crying. She was lip syncing parts of the song “Complex” by Katie Gregson-MacLeod.

The lyrics featured were as follows:

“I’m wearing his boxers / I’m being a good wife / We won’t be together / But maybe in the next life.“

Right after the lyric, “I’m not feeling human / I think he’s a good guy,” Ballerini dunks her whole body underwater.

At one point, she wiped what looked like a tear off her face with her shoulder. Her caption for the video was, “a complex time.”

The song has become a trend on TikTok of women commiserating that they get emotional and “uncool” even when their significant others are laying in bed right next to them.