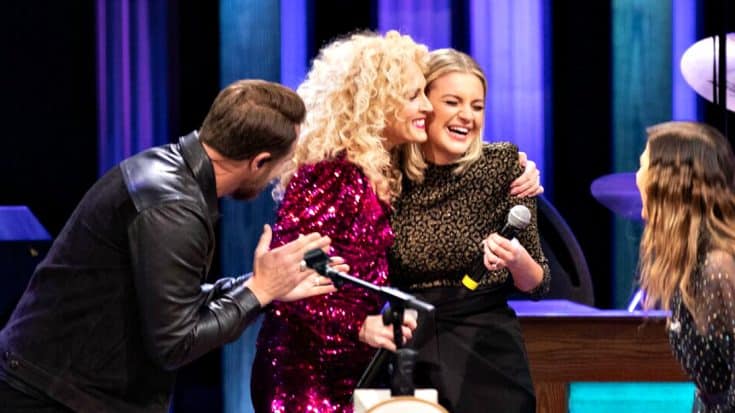 Tuesday night (March 5) was one Kelsea Ballerini will never forget. The 25-year-old’s lifelong dream came true when she was invited to become the newest member of the Grand Ole Opry. Ballerini’s invitation makes her only the third female solo artist in 11 years to receive the invitation. Crystal Gayle joined the Opry in 2017 and Carrie Underwood became a member in 2008.

Ballerini was sharing the Opry stage with Little Big Town when the group’s performance of their mega hit “Girl Crush” turned into an unexpected Opry invite. As the song concluded, Karen Fairchild changed the words of the song as she sang, “Kelsea Ballerini, do you wanna join the Opry?” Stunned by the unexpected invite, Ballerini turned her back on the audience while she tried to compose herself. She then replied, “Yes! I’m gonna pass out, I think.”

BREAKING: Kelsea Ballerini has just been invited to become the newest member of the Grand Ole Opry by Little Big Town!

“Just to be able to be on the stage and sing my songs and sing people’s songs that paved the way for me and people I look up to and admire so much, it’s the greatest gift in the whole world,” Ballerini told the audience through tears. “This is the home of country music and I get to be a part of it, which is crazy.”

Kelsea Ballerini signed her first record deal at 19 released her debut album in 2015. She became the first female artist since Carrie Underwood in 2006 to take her debut single all the way No. 1 on the Billboard Country Airplay Chart with “Love Me Like You Mean It.” Two more chart-topping singles followed, “Dibs” and “Peter Pan,” making her the only female country artist to send her first three singles to No. 1 since Wynonna Judd did so in 1992.

Kelsea Ballerini took to social media following her memorable night to express her gratitude, saying, “This has been at the very top of my bucket list since I wrote my first song at 12 years old….In tears over how much this means to me.”

I don’t have the right words yet, but @littlebigtown just asked me to become the newest member of the @opry. This has been at the very top of my bucket list since I wrote my first songs at 12 years old, and tonight the heart of country music wrapped their arms around me and asked me to be family. In tears over how much this means to me. Thank you thank you thank you. ?? // ? @johnshearer @gettyimages