Ken Jennings To Co-Host Jeopardy Until 2022 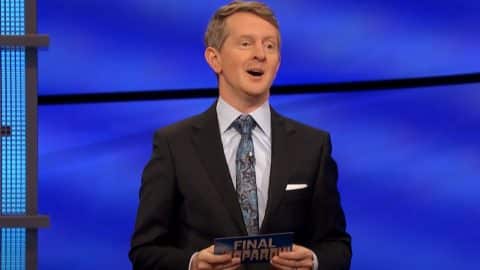 After a hosting scandal struck the show less than a year after the passing of beloved game show icon Alex Trebek – Jeopardy! has finalized its choice for hosts through the end of the year.

Just a few short weeks ago, Jeopardy! had revealed that the show had found its permanent host. Conveniently, they’d picked new executive producer Mike Richards to fill the hosting role after just a few episodes of him filling in.

Nine days after that announcement, a history of sexual harassment complaints against him and discriminatory remarks on a podcast was published and he stepped down from his new role as host. For a short time, Sony Pictures Television kept him on as executive producer – requiring him to take sensitivity training.

But, that didn’t last more than a few weeks. They fired him shortly after.

JUST IN: Mike Richards out as Jeopardy and Wheel of Fortune EP, per note to staff from Suzanne Prete, Sony EVP, Business and Strategy pic.twitter.com/FsTp2dW7IY

Fans of the show shared immense support for Tournament of Champions star Buzzy Cohen as their choice for a replacement host.

Unfortunately, many fans will be disappointed to find out that he was not chosen as one of the permanent hosts for the remainder of 2021.

A new report by Variety has confirmed that Jeopardy! selected frequent host fill-ins Ken Jennings and Mayim Bialik as hosts for the remainder of the year.

In the time since Alex Trebek passed, the show has had many guest hosts – including frequent appearances from both Bialik and Jennings.

Watch the clip below during one of Ken Jennings’ guest host episodes where he honors Alex Trebek.