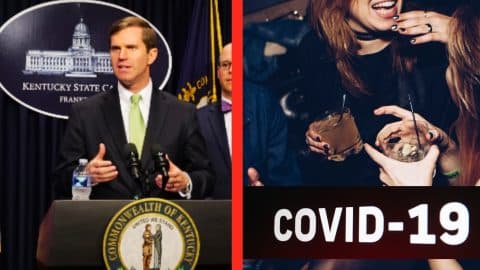 The Kentucky Governor announced that at least one attendee at a so-called “coronavirus party” has tested positive for COVID-19 infection.

The announcement came Tuesday, March 24th, 2020, when Governor Andy Beshear revealed that the group of 20-somethings “[thought] they were invincible” and threw a party to mock the government-suggested social distancing.

“This is one that makes me mad, and it should make you mad,” Beshear said during a news conference. “Anyone who goes to something like this may think they’re indestructible, but it’s someone else’s loved one that they are going to hurt.”

The state of Kentucky has more than 160 confirmed cases of COVID-19, including Senator Rand Paul who tested positive for the virus less than a week ago.

Beshear announced during the same conference that the state had seen 39 new cases pop up.

There is no further information on the number of guests who were at the party or where the infected person may have contracted the virus.

See the video below for Governor Beshear’s full conference. (Party addressed at 12:48)