By Manly Bryant on December 31, 2020
Advertisement 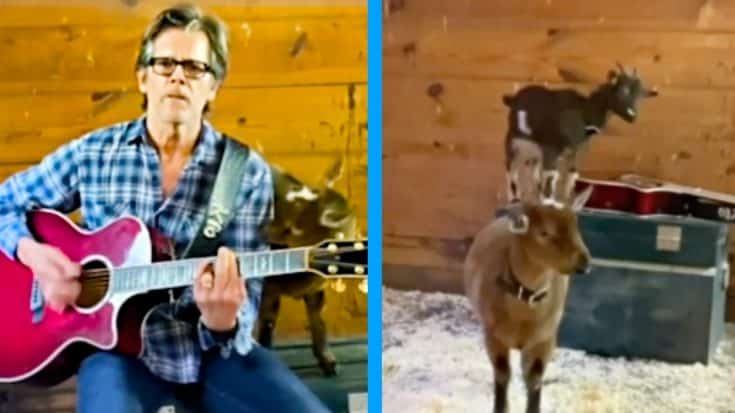 Over the past year, Kevin Bacon has proven his love for music by serenading his pet goats in an adorable Goat Song series.

Throughout social isolation, Bacon shared covers of Frank Ocean’s “Thinkin Bout You” and the classic “Don’t Worry Baby” by The Beach Boys. For Bacon’s latest tune, he claimed that the goats requested to hear a rendition of Radiohead’s song “Creep.”

“The goats were insisting, so I had to try. Here’s Creep by @radiohead,” Bacon revealed in the caption.

Bacon admitted that the song might not be “appropriate” for his pets due to the explicit language, but his goats seemed to enjoy the tune anyway! One of the goats even jumps up to sit beside Bacon during the performance.

See the full cover below!

Fans cannot wait to see what song Bacon performs for his goats next! In the meantime, you can check out some of the actor’s previous covers.

For more music from Bacon, you can listen to his latest Bacon Brothers album, The Way We Love.