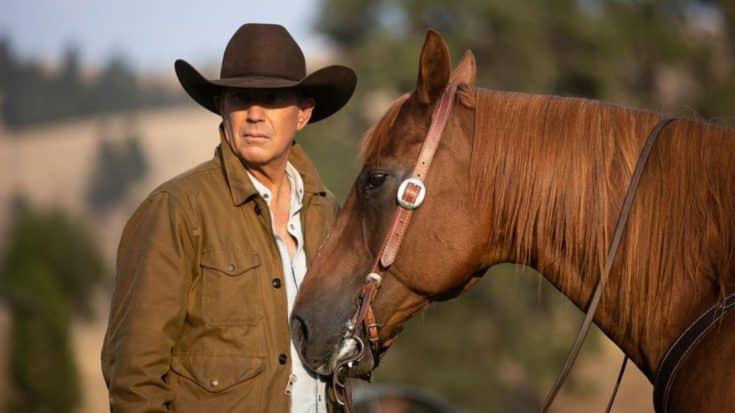 ‘Yellowstone’ fans still have a few months to wait for the season 5 premiere, but that doesn’t mean they aren’t speculating about the future of the popular tv series.

Rumors have swirled that Yellowstone‘s fifth season may be its last, but if that’s the case, nobody associated with the show is spilling the beans yet.

Kevin Costner, who plays lead character John Dutton in the series, was recently asked about the show’s future while in the U.K. promoting the release of Yellowstone there. When asked if Yellowstone season 5 could be the last, Costner casually responded, “I really don’t know.”

“That’s why I look to the future. I deal with everything I have to do. But I’m not gonna get caught flat-footed by anybody,” he told Extra.

Costner has been in Montana’s Bitterroot Valley along with the rest of the Yellowstone cast and crew filming the upcoming season. He shared that they are roughly halfway through filming the new season that will consist of 14 episodes set to premiere November 13.

While very little is known about the storyline of season 5, a 10-second teaser clip released July 5th has fans digging deep two pick up on clues. A couple of the clues revealed in the teaser include Jamie Dutton, played by Wes Bentley, looking work-ready…a big change from the end of season 4 when he was broke and had been blackmailed into killing his father.

Jamie, Montana’s attorney general, is a crucial ally to the state’s governor, who may possibly be John Dutton in season 5 (check out the video for a clue).

Another teaser fans are latching onto is the return of the Dutton’s helicopter. The aircraft didn’t make an appearance in season 4, leaving fans wondering if the family had been forced to sell it due to financial issues.

Check out the full teaser in the clip below.